The Tempani Constituency Member of Parliament and a Deputy Attorney General, Joseph Dindiok Kpemka, has said members of the Opposition National Democratic Congress (NDC) in his Constituency are desperate for power to the extent of not seeing or accepting to see any developmental project undertaken by the government in the Constituency as a reality.

Mr. Kpemka said this last Friday during the inauguration of the 2020 campaign team of the governing New Patriotic Party (NPP) in the constituency.

He said, “You see, when God is in your midst, every other thing will come. The NDC in Tempani Constituency are so desperate that even when they are on the road where there is a grader working on the road, and you say you are working on the road, even though they are seeing the work going on, they will say it is a lie. When a borehole is found somewhere and the people are dinking good water and you say you have drilled a borehole, they will say it is a lie. When you are building a school block which is visible and you say you are building a school block, they will say you are lying. In fact, is a plan they have sat in their camp together and decided that they should continue saying that whatever we are saying are lies even if we have done it, so it means we have to remind ourselves about that”.

According to Mr. Kpemka, the NDC did a press conference few days ago in Tempani and accused him of drilling only 10 out of 15 boreholes he budgeted since 2017. This, he said was false. 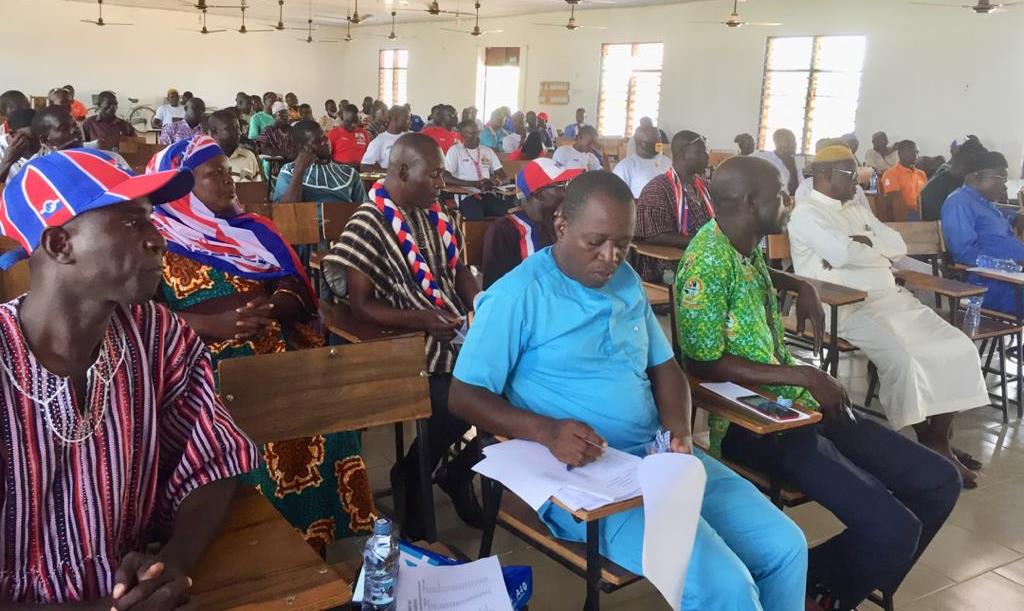 He stressed, “They stated that since 2017, I had budgeted to do 15 boreholes and I did 10 boreholes and that is all I have done. Did you read the press statement? That is what they stated in there. In fact, let me tell all of you, that since I came into office, I have not used my common fund to drill even single one borehole. So whatever document they claimed they saw in that office, I am not part of it. So where they brought that information only God knows. Because when I had my press conference, I said that the boreholes were from three main sources. One, the Infrastructure for Poverty Eradication Programme (IPEP); IPEP alone were doing 59 boreholes for phase1&2, Ghana Gas, we were privileged to get in touch with them and they have completed and handed over 22 boreholes and then, Ministry of Water Resources and Sanitation has completed 10 boreholes and I also have some personal friends through them we drilled 2 and then in addition, I have the Ministry of Finance in collaboration with Local Government assisting me to drill 17. So when we put all together, we have in excess of 120 within a period of 3 and half years. So, if they claimed they have gone to the record and only boreholes were drilled anyway, on the day of election the truth will be spoken and they will hear it in a resounding manner”.

Mr Kpemka further pointed that as part of his achievements, 15 Schools are under construction and out the number, 3 are completed

He said he believes the current government has over shadowed NDC achievements in their 8 years in office.

Upper East Regional Chairman of the governing NPP, Anthony Namoo, urged the people of Tempani constituency to acknowledge the level of development they have benefited from the government by retaining the NPP in the December polls.

According to the Regional Chairman, apart from the appointment of Mr Kpemka as a Deputy Attorney General , the Tempani District was also created by the NPP administration, and urged the campaign team let the people know what the government has done so that they would retain the NPP come December 7, 2020.