Deaths from noncommunicable diseases on the rise in Africa – WHO 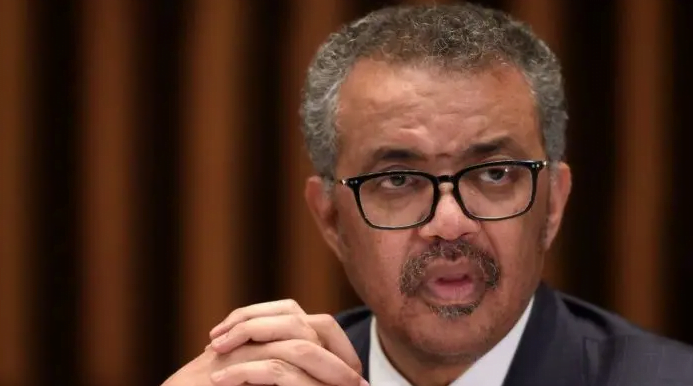 Noncommunicable diseases such as cancer, cardiovascular diseases and diabetes are increasingly becoming the main cause of mortality in sub-Saharan Africa, where the diseases were responsible for 37% of deaths in 2019, rising from 24% in 2000 largely due to weaknesses in the implementation of critical control measures including prevention, diagnosis and care.

This comes on the eve of a high-level heads of state and health leaders meeting in Ghana to find ways of accelerating progress against noncommunicable diseases.

In Africa, between 50% and 88% of deaths in seven countries, mostly small island nations, are due to noncommunicable diseases, according to the 2022 World Health Organization (WHO) Noncommunicable Disease Progress Monitor. The report also finds that in seven other countries – majority of them being Africa’s most populous – the diseases claimed between 100 000 and 450 000 lives annually.

The rising burden of noncommunicable diseases will exert pressure on treatment and care services. In the African region, the number of people living with diabetes, for example, is expected to reach 47 million by 2045 up from 19 million in 2019.

“The growing burden of noncommunicable diseases poses a grave threat to the health and lives of millions of people in Africa: over a third of deaths in the region are due to these illnesses. What is particularly concerning is that that premature deaths from noncommunicable diseases are rising among people younger than 70 years,” said Dr Matshidiso Moeti, WHO Regional Director for Africa.

The heads of state and health leaders meeting for the inaugural International Strategic Dialogue on Noncommunicable Disease and the Strategic Development Goals on 12 April are expected to agree on an initiative to boost progress towards the key Sustainable Development Goals of reducing mortality from noncommunicable diseases by 30% by 2030. The meeting will also agree on ways to speed up the efforts to achieving the key targets of universal health coverage that include access to quality, safe, effective and affordable health care.

Progress against noncommunicable diseases has also suffered setbacks due to disruptions by the COVID-19 pandemic on essential health services. About 80% of countries in African region reported disruption to at least one health service against noncommunicable disease between May and September 2021. Countries are striving to restore services, although many have not yet been fully re-established.

One of the crucial ways of controlling noncommunicable diseases is by reducing the risk factors which include tobacco consumption, harmful use of alcohol, unhealthy diet and physical inactivity. Improved investment in detection, screening and treatment contributes – notably by ensuring access to health services at the primary level to boost early detection – are the other significant measures to lower the growing burden of noncommunicable diseases.

WHO is providing technical expertise to countries to devise and implement strategies to reduce the preventable and avoidable burden of morbidity, mortality and disability due to noncommunicable diseases and to track progress. The Organization has also developed a set of practical and cost-effective measure that countries can deliver at the primary health level. These emphasize promoting health and preventing disease and include steps such as increasing tobacco taxes; restricting alcohol advertising; reformulating food products with less salt, sugar and fat; vaccinating girls against cervical cancer; as well as treating hypertension and diabetes.