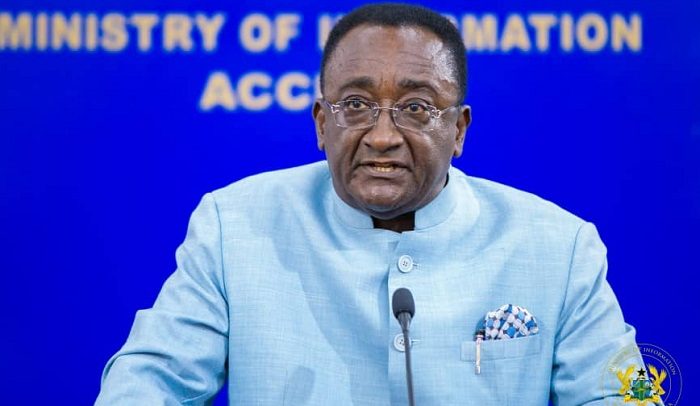 Emmanuel Wullingdool, an Agriculture Policy Consultancy has called out the Minister for Food and Agriculture, Dr. Owusu Afriyie Akoto for suggesting that Ghana is food secure.

Dr. Afriyie Akoto in a recent interview with Accra based Asempa FM brushed off comments from players within the agricultural value chain that Ghana was food insecure. The Agric Minister then went on to claim that because of the extreme success of the Planting for Food and Jobs (PFJ) programme, the government earned some 100 million USD through the exportation of some 19 food items.

In a sharp response, Mr. Wullungdool reminded the Minister that the exportation of food from Ghana could not be used as a measure of food security in the country.

The Agric Policy Consultant said this when he spoke on A1 Radio’s Day Break Upper East Show.

“It is a bit difficult to use export as a basis to say that we are food sufficient. A report by the US International Trade said that in 2021, Ghana imported about 1.1 billion USD worth of agricultural and its related products. Based on this figure alone, if you deduct the figure that the Minister quoted, you can see clearly that we are still a net importer”.

“We should not be excited that we are exporting some of our products. If we were a net exporter, then we can claim that overall, what is coming in as food compared to what is going out as food, Ghana exports more, ” he said.

Meanwhile, farmers in the Upper East Region are likely to avoid producing maize in the coming planting season. This is because of the constant rise in the cost of production of the cereal. The production costs are largely influenced by the cost of fertilizers and other inputs.

The farmers would rather invest their monies into legumes because of the relatively cheaper costs of production.

The legumes farmers are likely to produce more of are soybeans, cowpeas and groundnuts.

This is according to the Upper East Regional Director of Agriculture, Francis Ennor. He said this when he spoke on A1 Radio’s Day Break Upper East Show.