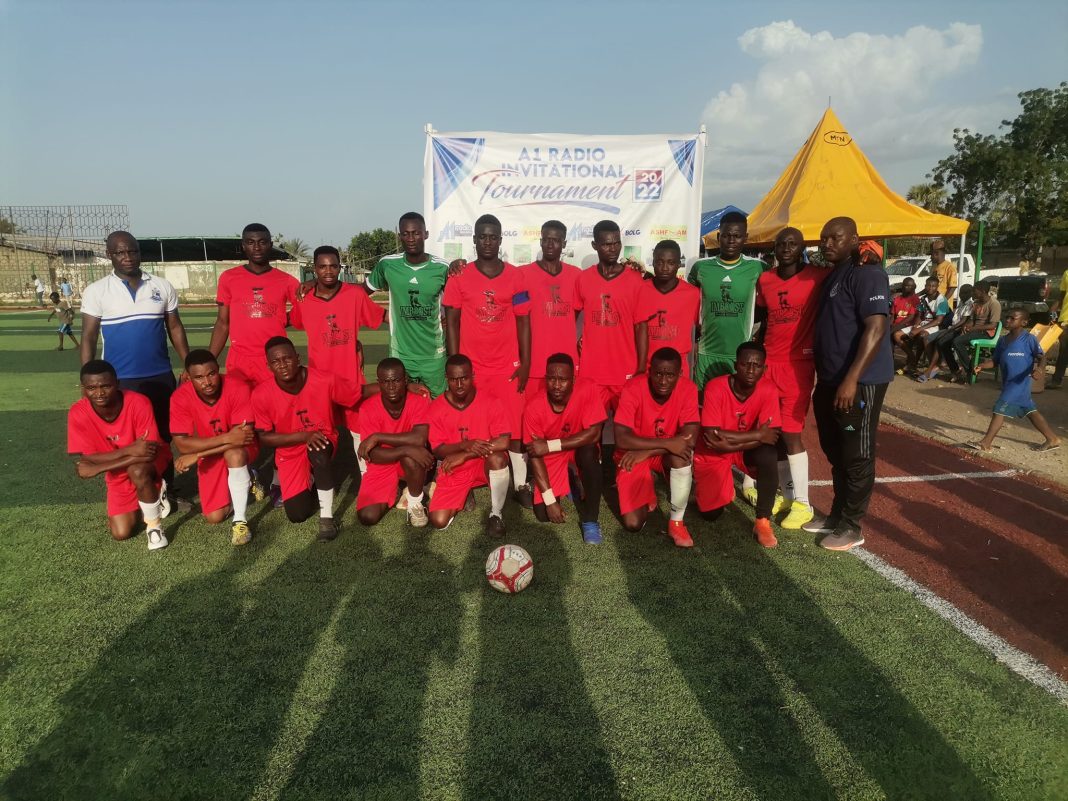 In what could best be described as a rapturous climax to an exciting football tournament, the Ghana Police Service beat MTN, to win the 2022 edition of A1 Radio’s Invitational Tournament. 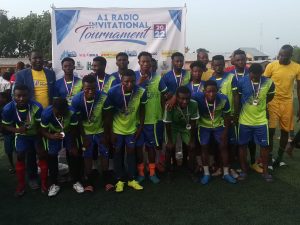 Team MTN with their silver medals.

The team from the Ghana Police Service qualified for the final after beating A1 Radio by 4-1. They went ahead to beat the team from the Volta River Authority (VRA) in a penalty shootout. 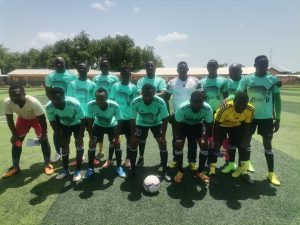 The team from A1 Radio

The Invitational Tournament is an annual corporate sporting event organised by A1 Radio, a subsidiary of the Agreed Best Communications Company. This year’s event, the 7th in the series, was sponsored by Sharp Herbal Centre, producers of Imboost Herbal Mixture, with support from Aqua Bolg Mineral Water and the Yellow Ashfoam Showroom in Bolgatanga. 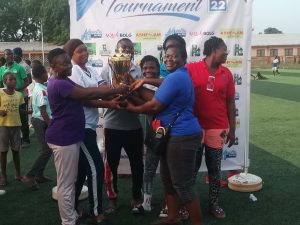 GNAT Ladies with their trophy

The rest are the Ghana Revenue Authority, the Ghana National Association of Teachers (GNAT) and SSNIT.

For the women’s penalty shootout competition, the women’s team from GNAT women the ultimate prize after an intense shootout against the team from the Ghana Police Service.

GNAT also won the ultimate prize for the penalty shootout for the CEO/MD category. The winners of the various categories were presented with footballs, team jerseys, medals and trophies.