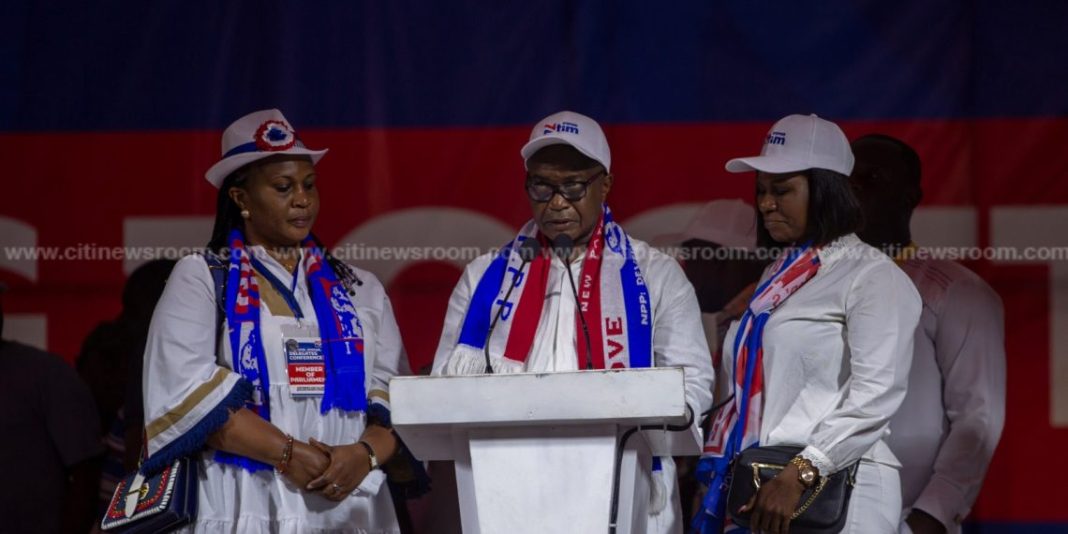 Speaking after he was sworn in as Chairman of the NPP, Mr. Stephen Ntim appreciated all who made his long-time dream a reality.

He reiterated his commitment to ensuring that the governing party wins the 2024 national elections.

The five-time National Chairman aspirant of the governing party added that he will do all he can to make the position he has been given enviable.

“We will work together with the party to ensure that the NPP secures victory in the elections.”

He has taken over from Freddie Blay, who had served the position since 2015.