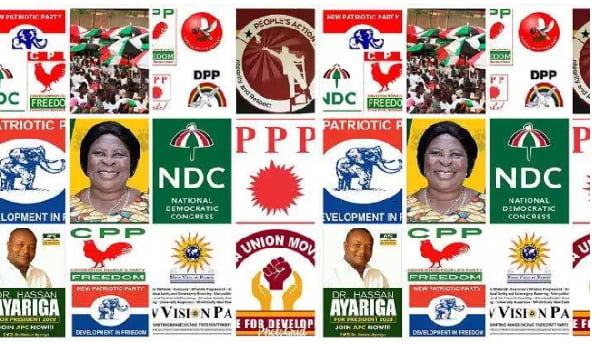 With no hard feelings towards any individual or political party, the truth needs to be told. Sometimes, the medicine that will cure someone from his or her infirmity could turn out to be a bitter pill, regardless of who is suggesting it as a remedy. The same is true about truth.

Tribal sentiments or issues in Ghana are very sensitive. It will interest you to know that some Ghanaians will find it very difficult to call a “spade a spade”, with choosing between their tribal affiliations and the truth. They would not mind “turning the other way” when confronted with the truth. Unfortunately, this false loyalty is not only found in the political arena but even among Christians. It is sad to add that some people would not mind killing a “fellow Ghanaian” for the sake of his or her tribe.

Instead of tribal sentiments, the following should guide us in our dealings: Firstly, the fact that all human beings come from a common source namely God, who is our creator and by the fact that we are all human beings. Secondly, we belong to the same country. Thirdly, we belong to a tribe, a clan and then finally a family. So, for anything to work for the greater good, the first and second levels of trace should be at the back of our minds before getting sentimental about one’s tribe.

For most African countries and Ghana, tribalism is gaining deeper roots in every sphere of our lives. When we choose leaders based on tribal affiliations, or the baton of leadership is tossed within one particular tribe, family or clan, it is no longer democracy but a gradual formation of a political dynasty.

Considering the number of tribes in Ghana, it will be unwise for any tribe or clan to exercise a monopoly in political democracy. If care is not taken, with time this will create confusion, tension and eventually conflict.

Ghana is one country that has not been spared tribal conflicts over the years. Therefore, to nip these disheartening experiences of the past in a bud, we should not pretend all is well and continue to encourage tribal sentiments in politics, in other not to be taken by surprise.

A lot of countries, particularly African Countries speak highly of Ghana’s Political Democracy. Nevertheless, it is sad to hear leaders with pedigree, who should know better, allow tribal sentiments impede our politics and democracy.

Selecting the leaders of  a country should not include: it is the turn of my tribe or clan’s mate to become the next president, he or she is a financier of the party, he or she is loyal to the party, he has held several positions in either the party or a particular government.

Others include:  he has been vying for the position for a very long time, he is my nephew, he is popular (even criminals are popular), he is a nice person, he is rich, either his or her parents was a leader and he or she is a known figure in politics so make him a leader. (What has he got to show for his long stay in politics? This is like marrying a bad partner with the hope that after the marriage ceremony he or she will change). That is a huge risk and not leadership traits or qualities.

Unfortunately, in Ghana today, the above criteria seem to be in place for choosing leaders or political leaders. A politician and a leader are not necessarily synonymous; most often than not many people take the two to mean the same. This is why at the end of the day, we all fall victim of “putting square pegs in round holes”.

Political party leaders and members I guess are aware that Ghana as a country is bigger than any political party and therefore their activities and sentiments should be geared towards the development of the country and maintaining peace. When conflict of interest, nepotism, greed, selfishness and segregation get in the way, tribalism gains roots. Members and leaders of every political party should behave or act within the confines of the laws of the country, otherwise, these few, will end up putting uncountable lives in jeopardy.

The right value cannot be placed on something until it is lost. Peace is one of them.

(Coordinator for Justice, Peace and Integrity of Creation, Ghana-Liberia Province)

BE MEASURED IN YOUR CAMPAIGN PROMISES – POLITICIANS ADVISED

2020 ELECTIONS: SHOULD WE BE WORRIED ABOUT INCREASED CAMPAIGN FOR PEACE? – NATIONAL PEACE COUNCIL SPEAKS