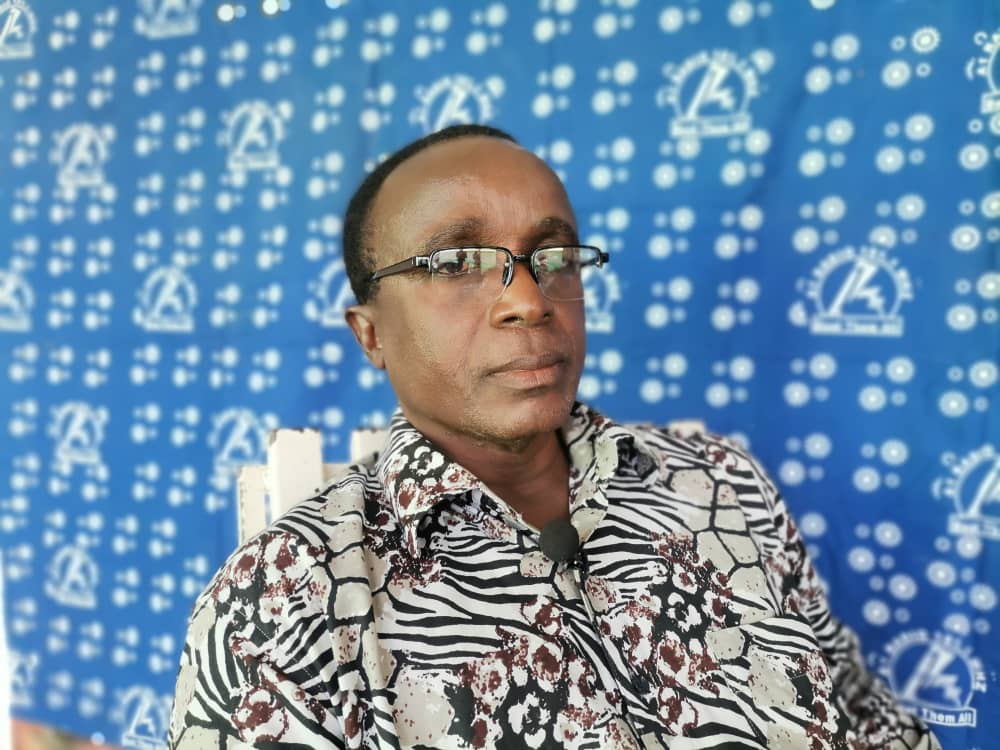 The embattled former boss of the Ghana Youth Employment and Entrepreneurial Development Agency [GYEEDA], Abuga Pele, recounting his time and GYEEDA and the time he spent incarcerated has explained that all the troubles he faced began immediately after pursing a World Bank Project to better the lives of the young Ghanaians employed by the Agency.

Speaking to A1 Radio’s Mark Kwasi Ahumah Smith, the former MP for Chiana-Paga in the Upper East Region said the first thing he attended to while boss of the Agency was to looking for a befitting office space.

“When I got there, they [GYEEDA] was at the basement of the Ministry. It was confusion, anarchy. There was virtually no order in the place. There were no offices, people were walking and virtually stepping on each other toes. I was kept in a small office with a glass; no window. Each day I would go, I would sweat from head to toe.”

“After a few days, I realised there was no system at all, so I had to put a system in place. Then I went to the Minister, and complained bitterly. I had to go from Ministry to Ministry looking for a place … finally, I went to the Ministry of Works and Housing and they gave me the current office they are now occupying.”

Mr. Pele also touched, briefly, on the history of the Agency.

“Then, it was the Youth Employment Agency. They had been put in place by Kufuor’s government. The purpose was to give transitory jobs to youth who were unemployed. The numbers [of unemployed youth] were so big that the National Security advised the President that it was becoming a security risk not to do something about the youth on the street. That very ingenious plan came into their minds.”

Mr. Pele recounted the immense pressure he was under when he assumed the role of CEO of GYEEDA.

“When they [Kufuor’s government] were leaving, they had about 104 thousand youth who were not paid for almost 8 months. So I had that first burden of what to do. When I got there, the NDC youth were also agitating to be recruited. In order words, we had to get rid of that large number we met there and put our people there. It was also a problem for me.”

“I had to thread well. If you throw 100,000 youth unto the street, thinking that they belong to the other party, you may be making a very big mistake. So what I had to do was to appeal to the President to appeal to the various institutional heads; police, fire service and whatnot, so that youth who had worked temporarily with them, they would give first priority to them. A few responded and we got a few places for many of them.”

He called that at the time of his resignation from GYEEDA, some 700,000 youth had been recruited across the country. With this huge number in mind, there was a burden of remuneration; thus, the idea to engage with the World Bank was birthed.

“I realised that there was the need to do something else than to just follow what the previous administration did. So I decided, why don’t we use the private sector rather? Let’s get World Bank and other financial institutions to see whether they can help us. We needed to write proposals to them [World Bank]. In fact, I did not know that that was the beginning of my problems,” he recounted.

He continued to say, “the process to write proposals to seek financing from other sources, that was the problem. I refused to preside over the status quo. The then Vice President, His Excellency John Mahama was very happy with it.”

By happenstance, Mr Pele recounted how he met, Philip Assibit in the Office of now Speaker of Parliament, Alban Bagbin; a relationship was formed and the latter helped the former write proposals to the World Bank in search of financial support.