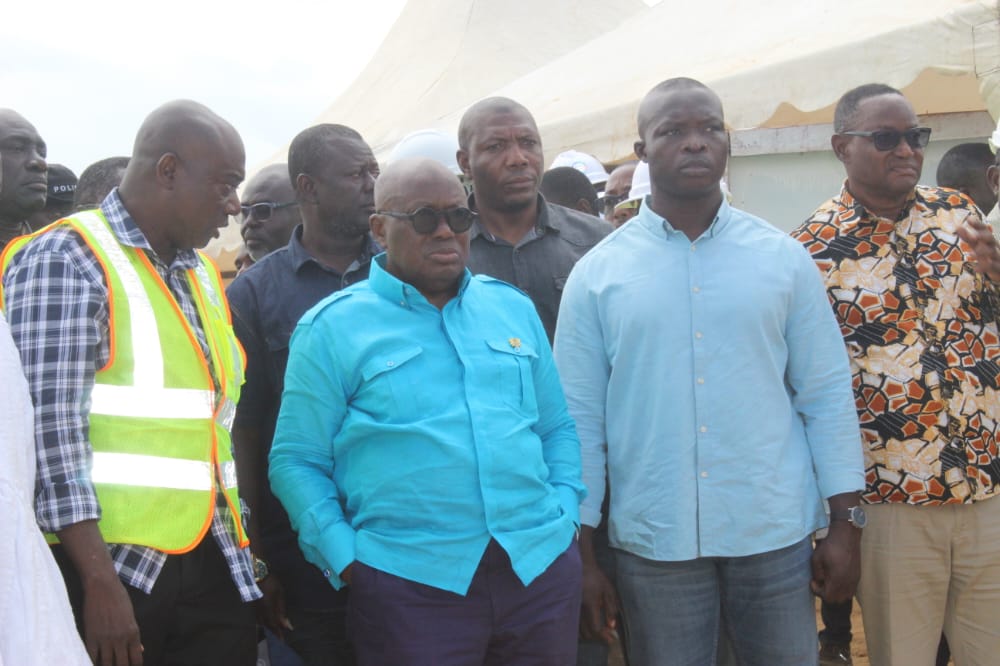 President Nana Akufo-Addo has fumed over the slow pace of work on the Agenda 111 hospital project in the Bolgatanga East District of the Upper East Region.

The president was in the Upper East Region Friday, August 5, 2022, and was scheduled to visit the Agenda 111 project in the Bolgatanga East District to inspect the progress of work. When the President got to the site, it is reported that the President could not hide his anger.

The President, unhappy about the progress of work is said to have asked, rather angrily, “Adeɛ nu wɔ hene?” To wit, “where is it [the Agenda 111]?”

The president expressing his disappointment with the remark ended the tour and the proposed inspection and returned to the Presidential Villa at the Regional Minister’s Residence.

President’s apparent anger and displeasure are said to have caused a bit of ruckus within the ranks of the party.