20 acres of cashew cultivated in Builsa South; scores of vulnerable people paid to tend to farms 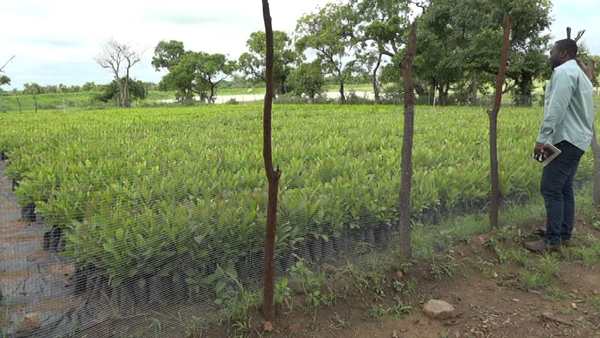 Under the Ghana Productive Safety Net Project GPSNP), some 20 acres of cashew crops have been cultivated in parts of the Builsa South District of the Upper East Region.

The cashew crops were chosen because of their competitive advantage to further the government’s agenda of promoting the cultivation of high-value tree crops for export under the Planting for Export and Rural Development (PERD) programme.

Score of vulnerable individuals within the area arebeing paid to tend to the farms and ensure proper growth.

This came to light when the DCE for Builsa South, Daniel Kwame Gariba spoke on A1 Radio.

“Many people have been recruited to take care of these crops to make sure they grow. Besides that, the Assembly nursed some of these seedlings and gave them to individual farmers as well. If you go into most of these communities, people have half an acre or quarter of an acre of cashew farms across the district.”

“The essence was so that we increase the number of cash crops that we produce for export. Part of the reasons why were are facing what we are facing today as a country is because we import more than we export.”

“Cashew is a very hot cash crop when harnessed well, can bring a lot of foreign exchange. It can also create a lot of jobs for the people in these communities,” he said.

The Ghana Productive Safety Net Project (GPSNP) provides tailored support to the poorest households in Ghana to address the demand-side constraints to accessing services that would strengthen their productivity.

With both financial and technical assistance from the World Bank, GPSNP was initiated in 2018 with US$ 60 million and is currently underway to support the Government of Ghana to strengthen the country’s safety net systems and improve the productivity of the poor and vulnerable including women and persons living with various forms of disabilities.