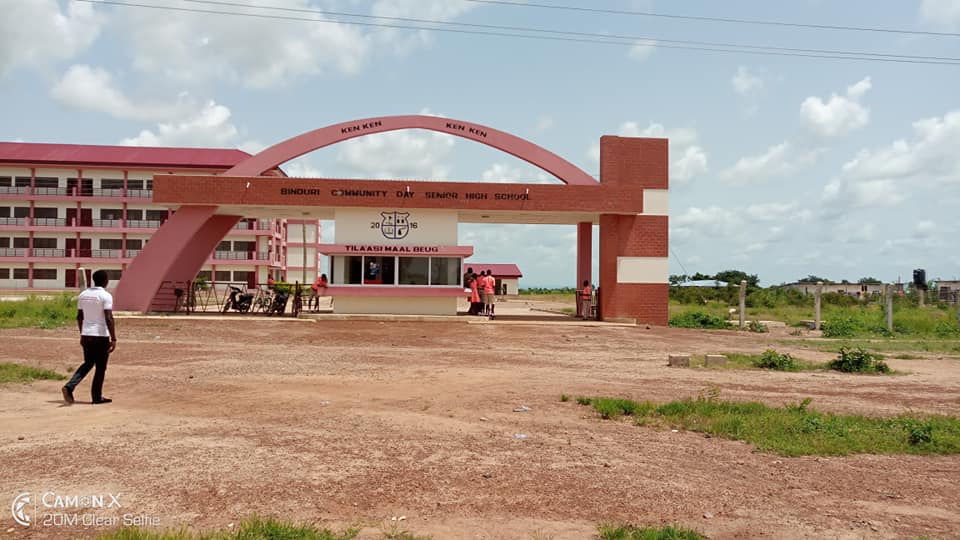 Three second-cycle institutions in the Upper East Region have been cited in the Report of the Auditor-General on the Public Accounts of Ghana, Pre-University Educational Institutions for the financial year ended 31 December 2021 for paying for good and services without approval from the Public Procurement Authority.

Their actions are contrary to “section 43 of the Public procurement amended Act, 2016 (Act 914) [which] states that, the procurement entity shall request quotations from as many suppliers or contractors as practicable, but shall compare quotations from at least three different sources that should not be related in terms of ownership, shareholding or directorship and the principles of conflicts of interest shall apply between the procurement entities and their members and different price quotation source.”

Parts of the report continued to say, “we observed during our review of procurement records that three schools procured goods and services valued at GH¢230,630.70 on 20 payment vouchers without obtaining alternative quotations from as many suppliers or contractors as practicable, at least three sources, or approval from the Public Procurement Authority.”

“We further noted that for the procurements valued at GH¢64,976.00 made by Kusanaba SHS, the same suppliers provided two separate quotations.” 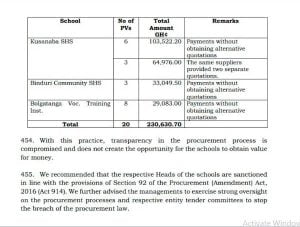 The Auditor General, through the report stated, “with this practice, transparency in the procurement process is compromised and does not create the opportunity for the schools to obtain value for money.”

“We recommended that the respective Heads of the schools are sanctioned in line with the provisions of Section 92 of the Procurement (Amendment) Act, 2016 (Act 914). We further advised the managements to exercise strong oversight on the procurement processes and respective entity tender committees to stop the breach of the procurement law.”