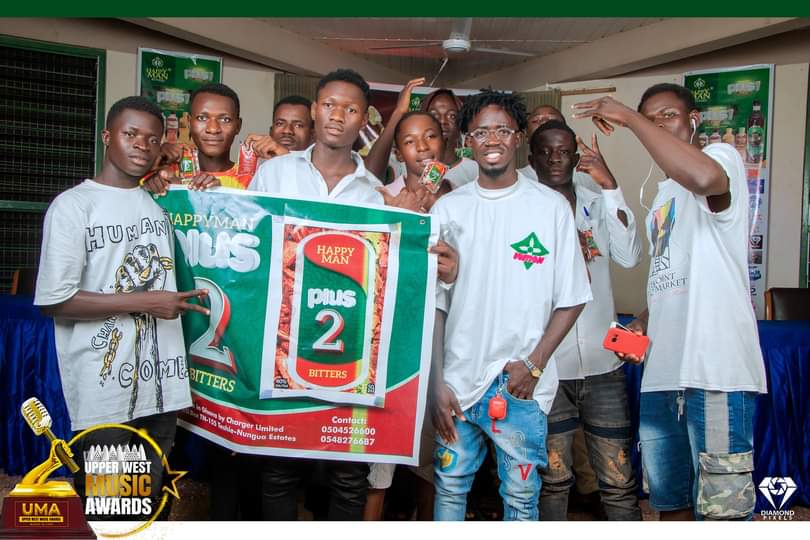 High-level management staff of Charger Limited represented the CEO of the company, Emmanuel Bortey Borketey at the launch of the music awards scheme.

Kumi Wilson, who spoke on behalf of the CEO commended the organisers of the awards for their brilliance in instituting the scheme. Mr. Wilson expressed the organisation’s commitment to ensuring that the awards scheme succeeds.

He was emphatic that the organisation’s support would only continue if organisers and players within the entertainment industry in the Upper West Region are able to maintain peace and unity.

The support of Happy Man bitters is timely as it gives a boost to the awards scheme. For many, it also serves as a reminder that the Upper West Region’s music scene is seeing exponential growth.

The 2023 edition of the awards scheme has officially been launched at Wa, the Upper West Regional capital. There are thirty major categories. Other honorary awards are to be given to several deserving personalities under the theme “Branding and Rebranding.” The year under review starts from 1st October 2021 to 30th September 2022.