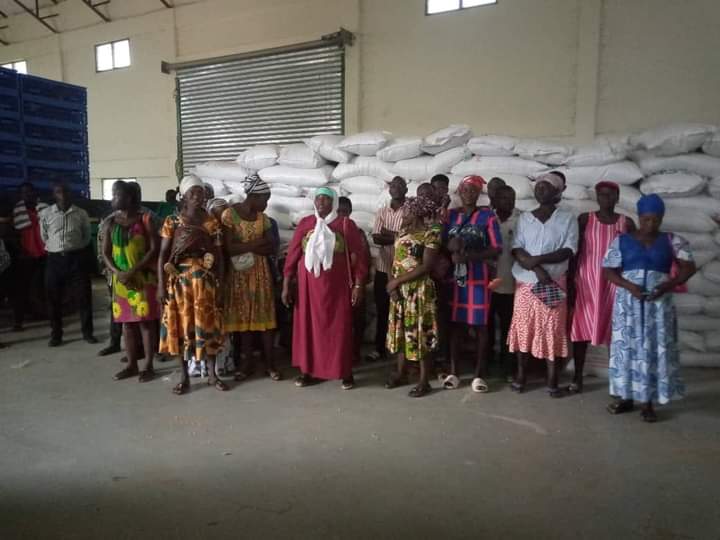 The Director of Agriculture in the Builsa South District, Joshua Diedong has hinted is hopeful that the district could become the hub for egg production in the Upper East Region.

He made this comment during the presentation of 4800-layer birds to 40 women in the Builsa South district under government’s flagship programme, Rearing for Food and Jobs (RFJ). Mr. Diedong further indicated that plans have been put in place to link the women to clients to generate revenue.

“As a district, we expect that in the next few years, we can be the bread basket of egg production in the district. I expect that when they [the birds] are laying, we will link them [the women] to other clients who will need the eggs so that they can do supplies to be able to generate the expected revenue.”

According the him the 4,800-layer birds will produce only eggs for consumption or retail. The women were also given cages, medicine and feed. He added that the veterinary officers will be assigned to the beneficiaries to help take care of the birds.

“Also, we have as a district received 4,800 birds and these are layer birds which are going to produce mainly eggs. Looking at the state of growth of the birds, in less than two months they should start laying. Every woman is supposed to take 120-layer birds, cages are included. Assorted medications are going to be given to each beneficiary farmer. In addition to that all the beneficiaries will be assigned with veterinary officers to take care of issues with medication.”

Commenting on the selection of only women as beneficiaries, the Agric Director noted that women are considered to be good contributors the household and are able to multiply whatever little is given to them. Also, he mentioned that the women were selected from across the district.

“Per the program we realized that when you give women support, they are able to multiply it and sustain it. We believe that women contribute a lot to household security. And they were selected from across the district. So, you see that all the beneficiaries no man is among. So, the men you are seeing only accompanied their wives.”

According to the Director, the bird distribution programme was a programme designed in line with governments agenda for jobs.