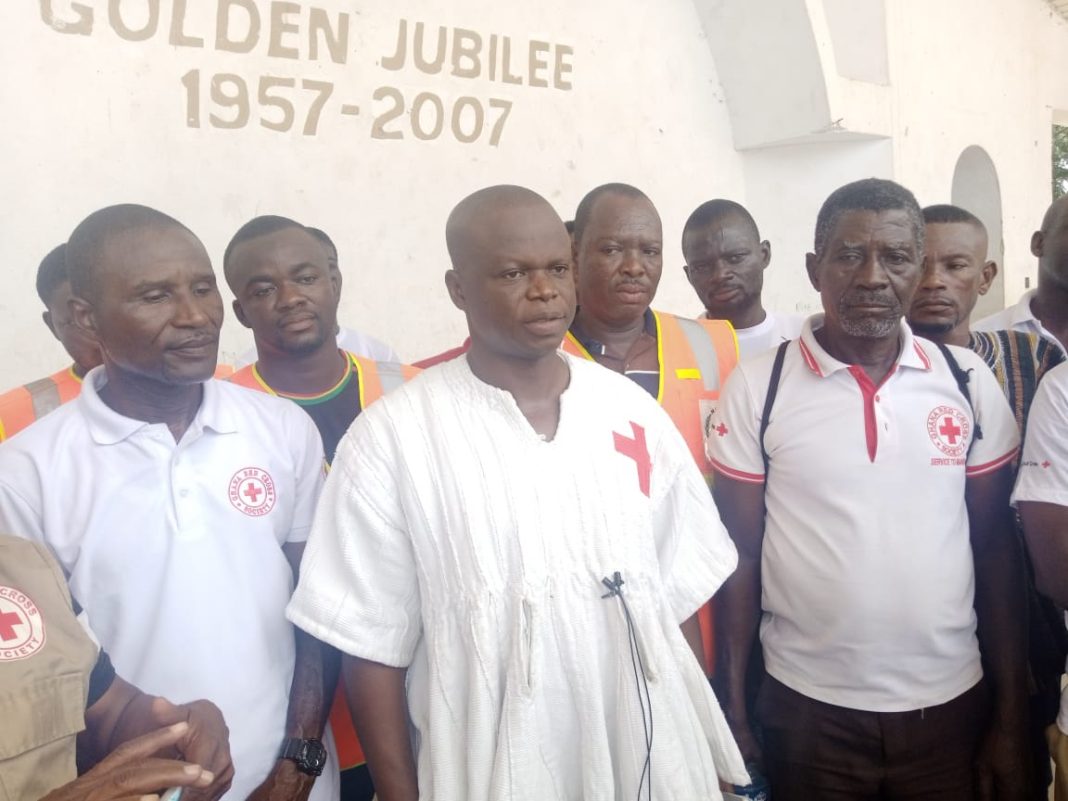 The numerous harmful environmental practices in the Upper East Region have alarmed the Ghana Red Cross Society. These include, but are not limited to, sand mining, illegal mining, deforestation, and excessive chemical use.

There must be purposeful efforts made to maintain the environment if it is to be preserved so that future generations can benefit from it. When this is done, the likelihood of disaster in the area will decrease.

Paul Wooma, the Upper East Regional Director of the Ghana Red Cross Society said this when he spoke on the occasion of the International Day for Disaster Risk Reduction (IDDRR).

“There is principle called inter-generational equity that talks about sustainable development. You profit from what God has given us and you leave it to your children. What we are doing now is spending the world and leaving nothing for the people who will join us later on. This is bad.”

“The Red Cross Society with NADMO seek to ring these bells to itching ears to listen and take action,” he said.

The celebration of the IDDRR was organised by the Ghana Red Cross Society together with its partner, the National Disaster Management Organisation (NADMO), with funding support from the Swiss Red Cross.

The United Nations General Assembly has designated 13 October as the International Day for Disaster Risk Reduction (IDDRR) to promote a global culture of disaster risk reduction.

The 2022 edition takes place during the Midterm Review of the Sendai Framework, which will conclude at a High-level Meeting of the General Assembly in May 2023 with a political declaration.

The Sendai Framework has seven global targets and 38 indicators for measuring progress on reducing disaster risk and losses. These indicators align the implementation of the Sendai Framework with the Paris Agreement on climate change towards the achievement of the Sustainable Development Goals.