‘See something, Say something’ campaign is a monumental failure-Adib Saani 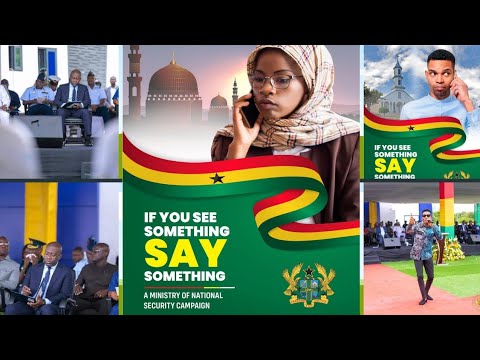 ‘See something, Say something’ is a national campaign that raises public awareness of the indicators of terrorism and terrorism-related crime, as well as the importance of reporting suspicious activity to security agencies.

“I’m sorry to say [but] it’s been a monumental failure. It has not yielded the desired results. It has mainly been an Accra thing; you go beyond Accra, not much is said about it. The whole subject matter has been generic in nature; people don’t know the specific things to look out for because the education process has been poor. Government has failed to engage civil society organizations well who could have done a lot more.”

According to him civil society organizations would have been the best agents to get the information to the people because they work with the people on the ground.

He mentioned that his organization, Jatikay Centre for Human Security and Peace Building is embarking on an awareness drive to 150 public and private institutions in the Greater Accra Region from their own “pocket just to support government efforts.”