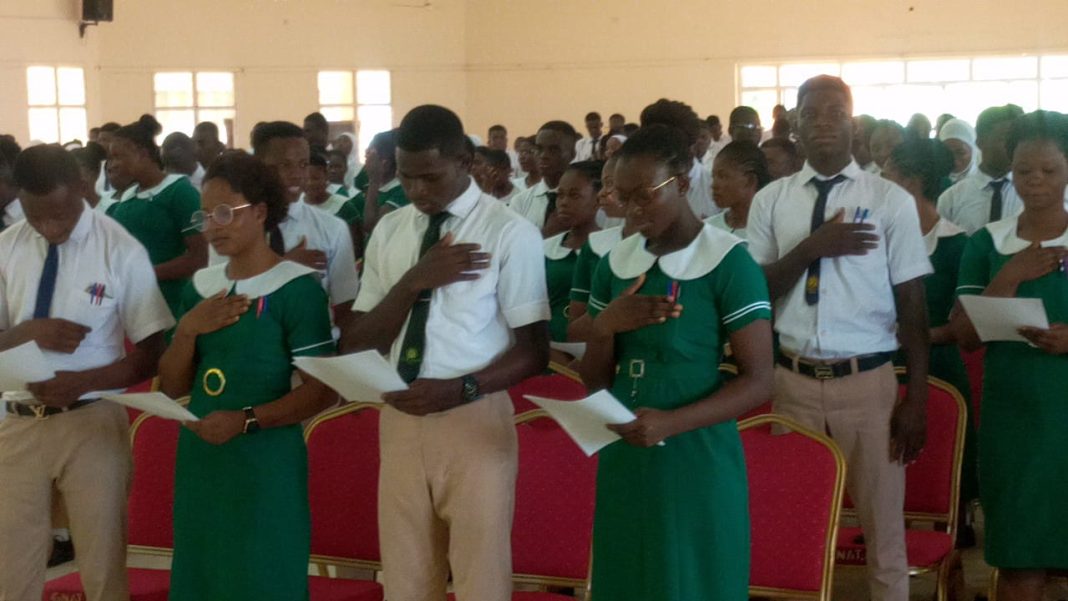 According to Mr. William Sebee, it will be of great relief if the Ministry of Health initiates and forms a Health-Fun semblance of Get Fund to support colleges that were deprived.

“Today you can see that our matriculation ceremony is taking place out of the college premises and this is abnormal and creates disorientation for students with regard to the place. As we use our meagre IGF to put up other structures. So, I will appeal to stakeholders, NGOs, Municipal, and District Assemblies to come to our aid in the area of construction of an assembly hall complex.  Also, I will propose that the Ministry of Health could also initiate and form a Health Fun semblance of the GetFund to support the colleges, especially the deprived ones.”

The 2022 matriculation ceremony for Diploma 23 and 24 was held at the GNAT Hall, Bolgatanga. A total of 399 students were admitted to the college.

He however cautioned the students to take their books seriously as the distance between their ceremony and that of their licensing examination was not far.