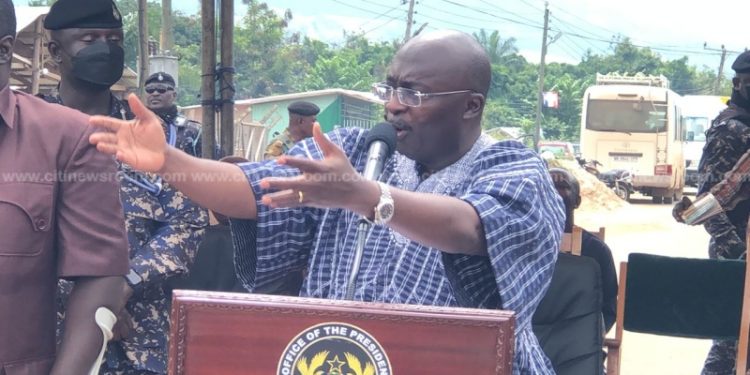 Vice President, Dr. Mahamudu Bawumia, has admitted that the long delay in the construction of the Pwalugu Multipurpose dam project is as a result of financial constraints.

Speaking at the launch of the Northern Development Authority’s five-year strategic plan in Tamale, Dr. Bawumia said government will look for funds to construct the dam.

“Even though the project is facing financial challenges, we are determined to find the resources to complete the construction of the dam.”

Sod was cut for the construction of the Pwalugu Multipurpose dam project in 2020 and was to be funded with a Sydohydro facility of $993 million.

The project awarded to China Power International group was scheduled for completion four years after the sod cutting.

The project was aimed at addressing the perennial flooding associated with the spillage of the Bagre dam from neighbouring Burkina-Faso and also providing 60MW and 50MW of hydro and solar electricity respectively.

But physical construction of the project at Kurugu in the North East Region is yet to commence after two years and ten months into the project execution period.

Last week, peasant farmers in the Northern part of the country demonstrated over the delay in the construction of the dam.

The farmers expressed fears that the project had been abandoned and called for a probe into it.