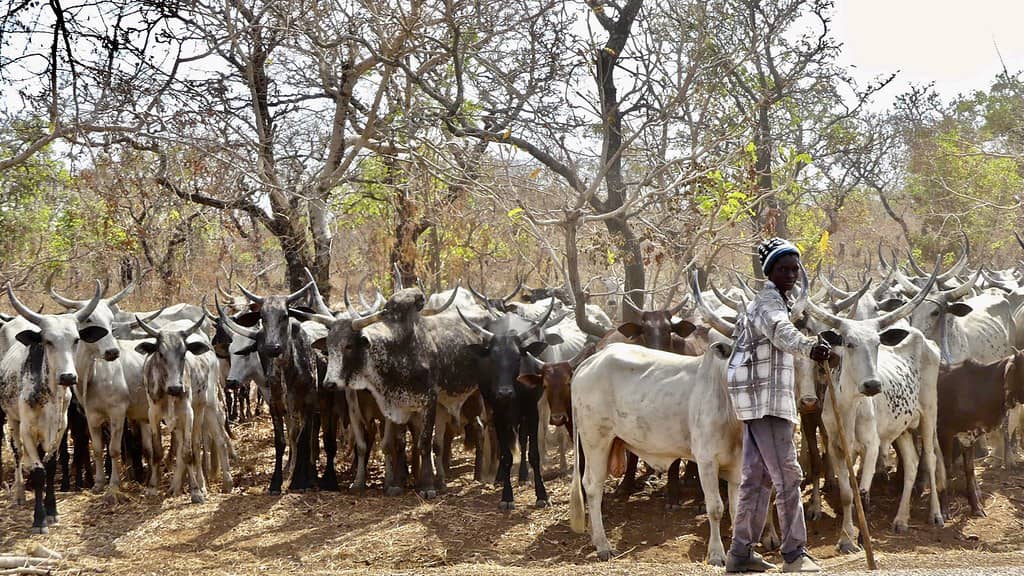 The Peasant Farmers Association of Ghana is calling on animal owners to start restraining the animals at night to avert the destruction of dry season crops.

Speaking to A1 Radio’s David Azure on the agriculture show dubbed ‘Agric Forum’ the Bolgatanga Municipal Spokesperson for PFG, Reverend John Akaribo said, “it has always been a battle between farmers and stray animals during the dry season in the region, especially, at the night because of the failure of some livestock farmers to restrain their animals.”

It is due to this unfortunate yearly occurrence in the Upper East Region that the peasant farmers are appealing to animal owners to house their animals at night.

“As peasant farmers, we want to make a special appeal to all farmers, especially livestock farmers that the dry season is here and our dry season farming has begun.  One of the major challenges is that stray animals always go into the farms and destroy the crops. So the situation always compels the farmers and the youth who sacrifice and go into this dry season farming to produce tomatoes, pepper, all kinds of vegetables to go and sleep at their various farms.”

“So considering the weather, should we allow our farmers who are trying to farm and feed the nation to continue sleeping in the farm where they can easily be affected with illness? So as a leader of the Peasant Farmers Association of Ghana in the Bolgatanga municipality, I want to make this appeal to all animal owners that they should always make sure that they house their animals during the night.”

Rev. Akaribo added that the assembly and unit committee members in the region will be made to arrest all stray animals if the owners fail to house them in the night.

“If livestock farmers do not take this plea seriously, and we hear of any animal invasion of the farm in the night we will call on  Assembly Members together with their unit committee members to invoke the already existing by – laws that talks about stray animals in township to all communities. So that if the assembly members and their unit committee members together with our Chiefs help arrest any animals, the owner will have to pay money and take his or her animal,” he said.