Why plantains and not maize, rice, other staples? – Agric Expert questions MoFA 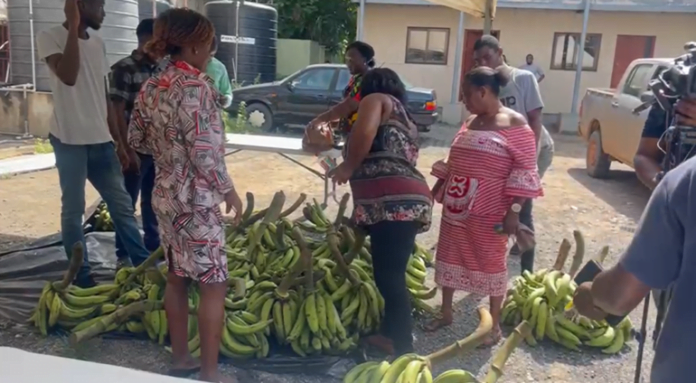 The Ministry of Food and Agriculture (MOFA) has set up food retail centres in the Greater Accra Region to mitigate the hike in food prices.

The Ministry’s move has however been described as a failed policy.

“For me, the first thought that came to my mind is that this is a complete failure of policy. The Ministry has no business retailing any foodstuffs. It is supposed to create an enabling environment to allow market actors to do that. In fact, one of the key aspects of the Ministry is to create market opportunities for the private sector to be able to do this very well.”

“If you consider what they are even doing, plantain is in its peak season and it is in abundance. I believe in the next month or two, the Ministry would not be able to get that plantain to be able to transport to Accra or any other place for that matter for people to buy,” Ibrahim Akalbila, the Executive Director for the Ghana Trade and Livelihood Coalition (GTLC) said when he spoke on A1 Radio’s Day Break Upper East Show today, Monday, November 14, 2022.

Mr. Akalbila explained that what makes the situation worse is the fact that the Ministry is targeting non-relevant food items to support their agenda.

“If they did things well, it won’t be a matter of plantain. You and I eat plantain once in a while; probably once or twice in a week. What we need is the maize, the rice, the tomatoes at cheaper prices through the market systems. Why doesn’t he supply these at the venue for us to buy?”

“PFJ has keey crops it supported. Those are the crops that we need. We decided as a country that those crops [under PFJ] were crops that we needed to support to grow to survive. Currently, we are not even targeting those items to market. We are rather targeting a crop that would fade away in the next two months,” he said.