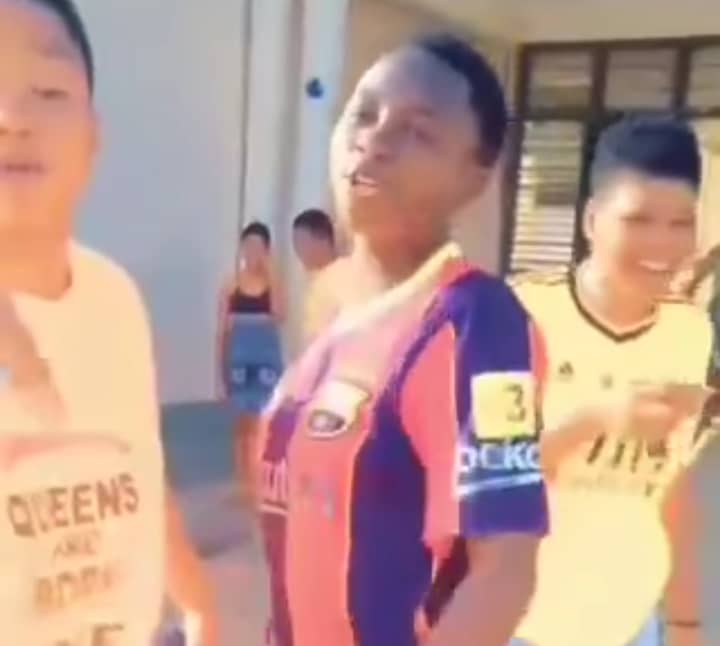 “Our attention has been drawn to a viral video circulating on social media involving some students misconducting themselves and using vulgar and unprintable words on the President of our land.”

“Management of Ghana Education Service (GES) condemns this unfortunate act which is against every educational and moral principle in our society,” portions of the statement signed by Cassandra Twum Ampofo, the Head of the Public Relations Unit at GES said.

The statement continued to say, “we wish to inform the general public that the students in the video have been identified as second year students of Chiana Senior High School in the Kassena Nankana West District. Management of the school has begun investigations to unravel the circumstances surrounding such unfortunate utterances and gestures. Parents of the students have also been invited to assist in the investigations.”

“Management of GES wishes to extend our sincerest apology to H.E. the President and the general public on behalf of the students and school. We wish to also assure the general public that the outcome of the investigations will be made known as soon as it is concluded.”