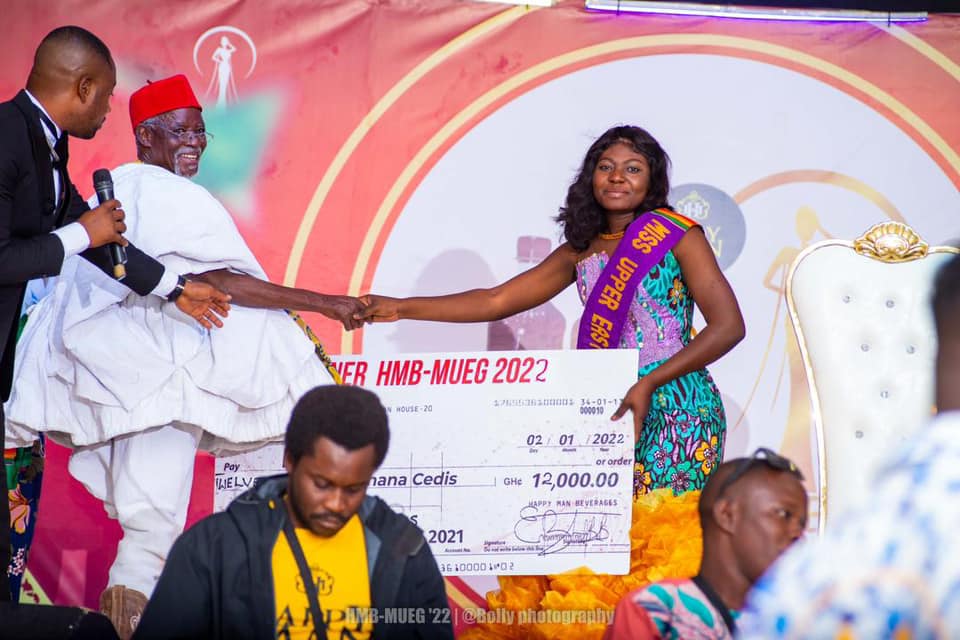 The first runner-up, Lamisi represented the Bongo District with Zanbokma emerging as the competition’s 2nd runner-up. The grand finale took place at the GNAT Hall in Bolgatanga, the Upper East Regional Capital.

In a post shared by the CEO of Charger Limited, headline sponsors of the event, Emmanuel Bortey Borketey disclosed the additional prizes won by Lomah.

“In addition to the crown, Miss Lomah from the Talensi District who is poised to Create Awareness On Road Safety In The Upper East Region, as her project went home with Ghc 12,000.00 cash prize (8k cash + 4k project) and other incentives.”

“Asaah Patience Apogyanbila Lamisi with the stage name Lamisi from the Bongo District, with the project topic; Fighting to reduce maternal death in the Upper East Region of Ghana received Ghc 7,000.00 cash prize – (4k + 3k project ) and other incentives as the 1st runner up. She also won the Miss Photogenic.”

“Zanbokma whose real name is Asolmia Racheal from the Nabdam District received a 32″ ITEL Tv + Ghc2,000 project as the second runner up. Her project work is; Caring for people living with disabilities (PWDs) in the Upper East region. She was also crowned the Miss Tap Hotel, who is automatically made an ambassador for the Hotel, which comes with many benefits of different kinds. Third runner up went to Poka from the Bongo District and she went home with Table Top Fridge + Ghc1,000 project. Aganapo Rita Awen-nayaami with the stage name Ayaami is the 4th Runner up. She went home with a Microwave + Ghc1,000 project. She also won Miss Culture, Miss Talent, and Miss Eloquent. It was a night of unforgettable experiences of beauty, fashion , cultural display and Project presentation. Miss Upper East Ghana was incepted in 2018, to educate the people of the Upper East region, and the world on the various cultural values and heritage of the various Districts, and to promote them,” he wrote.