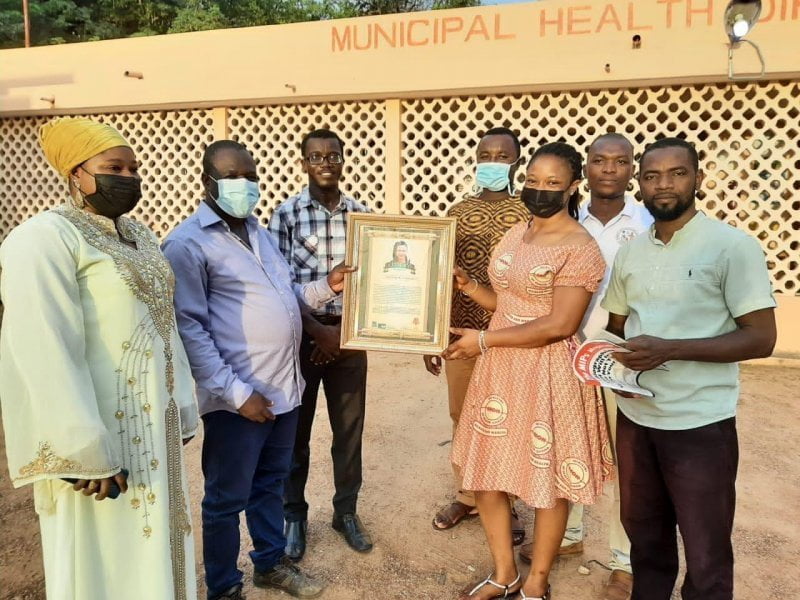 A Tamale- based media and publishing company, Rudder Communications, has presented a citation of honour to Gifty Atampugbire, a Public Health Nurse at Bolgatanga in the Upper East Region.

Stationed at the Bolgatanga Municipal Health Directorate, Madam Atampugbire is said to have tremendously contributed to improving the health needs of residents in the municipality and the Upper East Region at large.

Madam Atampugbire was recognized as an accomplished licensed Public Health practitioner with the Ghana Health Service and also for serving as a part-time Tutor at the Bolgatanga Nursing Training College in Bolgatanga, and the Zuarungu Nursing and Midwifery Training College at Zuarungu where she are contributing to the training of young people.

At a brief programme to present the citation, the Programmes Manager of Rudder Communications, Samuel Sam, said the 100 Most Influential Personalities programme was intended to identify people who had contributed to the development of their society; and to inspire the younger generation to work hard to achieve higher heights.

He congratulated Madam Atampugbire for her efforts at contributing to improve the health needs of residents in the Upper East Region, and encouraged her to keep up the good works.

Other personalities from the Upper East Region whom Rudder Communications captured in its magazine containing 100 MIPs in Northern Ghana included Tangoba Abayage, the Former Upper East Regional Minister, Dr. Vida Nyagre Yakong, the Dean of the School of Nursing and Midwifery at the Tamale campus of the University for Development Studies and Isaac Adongo, the Member of Parliament (MP) for the Bolgatanga Central Constituency.