Time for others to sacrifice for me to lead – Alan Kyerematen 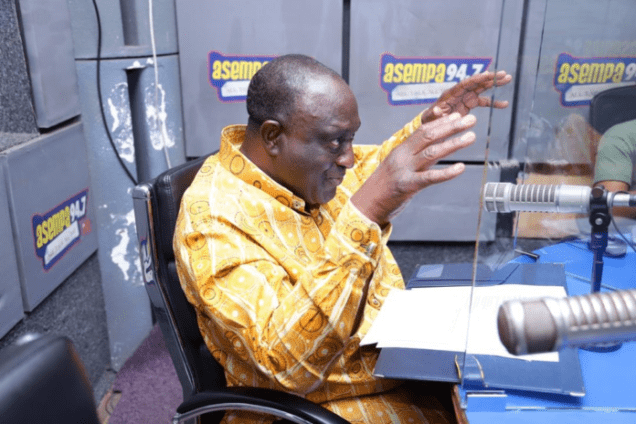 Trade and Industry Minister, Alan Kyerematen, has said it is his time to be on the ticket of the New Patriotic Party (NPP) as a presidential candidate.

But, Mr. Kyerematen says he made sacrifices in the past for a contender, hence must be paid in the same coin.

He made the remarks while addressing a gathering of the party’s faithful at an undisclosed location on Tuesday.

He recalled the party’s 2007 primaries held at the University of Ghana campus, where President Akufo-Addo barely crossed the line and had to rely on a valuable concession from him.

This was to avoid a second round of voting in the election which had 17 aspirants, a decision he explained was borne out of love and sacrifice.

“You remember when we went to Legon to elect a leader, you remember there were only two people out of the 17, who and who? Alan and Nana Addo, you remember?

“I had over 32% and Nana had over 40%, but because of the unity of the party, I decided that I will support Nana so we all rallied behind him. It is time for other people to sacrifice and give Alan the chance to lead this party,” he said.