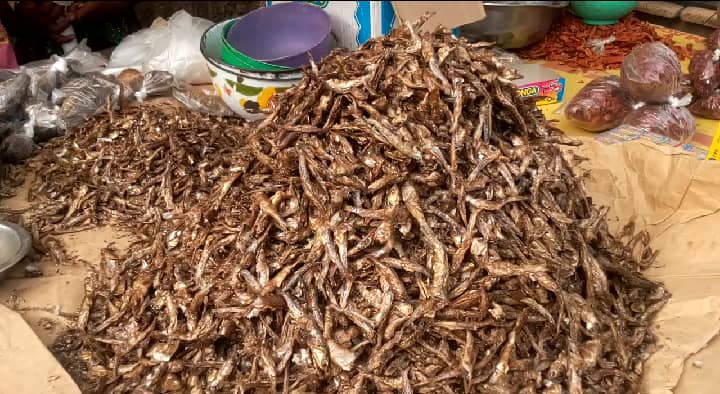 Some residents in the Upper East Region say they have resorted to consuming more bullion stock powders and cubes, popularly referred to as ‘maggi’ to elevate the taste of their meals due to the expensive nature of the sun-dried salted anchovies popularly known as keta schoolboys at various markets in the region. 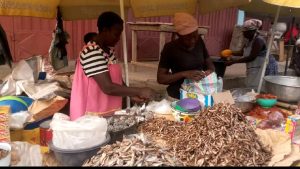 Speaking to A1radioonline.com, the worrying residents say they were aware of the negative effects ‘maggi’ consumption could have on their health but they have no option.

Her only hope, she said was the ‘maggi’. “Maggi is the way to go. I can’t kill myself. I’m selling pure water, and a day, I’ll not even get up to Ghc10.00 profits. So, how can I use ‘Keta school boys’ to prepare food? Even if my husband manages to get Ghc20.00 for me, I can’t still use it all to buy keta school boys,” she explained.

Gloria, also not her real name, said “Since the beginning of 2022, I have never bought Keta school boys due to its high cost. I rely on maggi for my cooking, my husband doesn’t have enough, so there is no way for me to buy that.”

Anchovies, popularly called Keta school boys in 2021 was sold for between Ghc35.00 and Ghc40.00 per bowl but now, its price has increased from to around Ghc70.00 per bowl.

Some of the reasons for such a rapid increase in prices, traders in the Bolgatanga Market say, are the increase in fuel prices and other materials used by the fishermen for harvesting the fish.

Even with the high cost, Mrs Atiamah said it was difficult to come by anchovies, and sometimes she and her colleagues will have to seek other external sources like Cote-D’Ivoire and other neighbouring countries for it.

She said “it is now like cocaine. It is not even available in the market talkless of its cost. Will you imagine that this basket will take me two to five market days to finish selling. So, if I’m selling even a bowl at Ghc50.00 to Ghc60.00, I will still not break even. We are struggling to stay in business.” 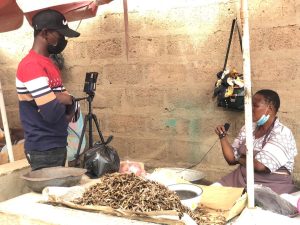 Another trader noted that her suppliers last year informed her of the price increment before the fuel prices brouhaha and she has no choice but to comply.

Meanwhile, a survey at the Bolgatanga New-market by A1 Radio’s Reporter indicated that the number of traders who used to trade in the Amanee business has seen some drastic decline compared to previous years.