Bolgatanga: More than 173,000 cases of malaria recorded in the last 3 years 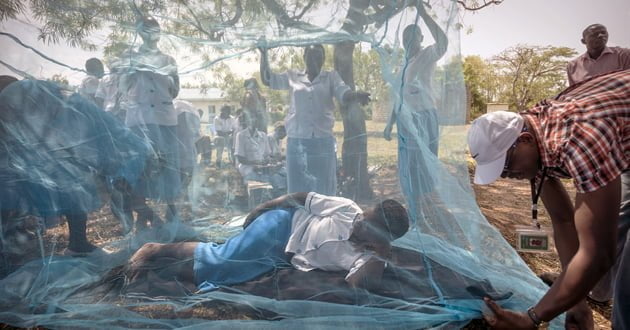 More than 170,000 cases of malaria have been confirmed in the Bolgatanga Municipality within the last three years. This notwithstanding, the municipality has over the past few years, recorded a year-on-year decrease in the cases of malaria.

This has been attributed to the increased sensitization of residents to the effects of the disease. The expanded distribution of the Long Lasting Insecticide Nets (LLINs) and the enhanced Seasonal Malaria Chemoprevention (SMC) campaign being run in the Municipality.

More however needs to be done to ensure that the gains made over the years are sustained.

Dr Edmund Nyanwura, the Bolgatanga Municipal Director of Health Services (MDHS) said this when he spoke on A1 Radio’s Day Break Upper East Show as part of its sensitization efforts on World Malaria Day.

Dr Nyanwura said the SMC campaign, designed for children under 5 years, that has been run since 2015 has been very helpful in the fight against the disease explaining that “those who take the medicines, really, do not come with severe malaria for the whole of the year. Those mothers who collect the medicines and do not give to their children are those whose children would be admitted”.

As the rains begin to set in, Dr Nyanwura said the Ghana Health Service together with its partners are gearing up to begin another round of the campaign. He admonished mothers to ensure that children under age 5 are given the drugs.

The Bolgatanga Municipal Director of Health Services also reminded households to make use of the mosquito nets that were given to them.