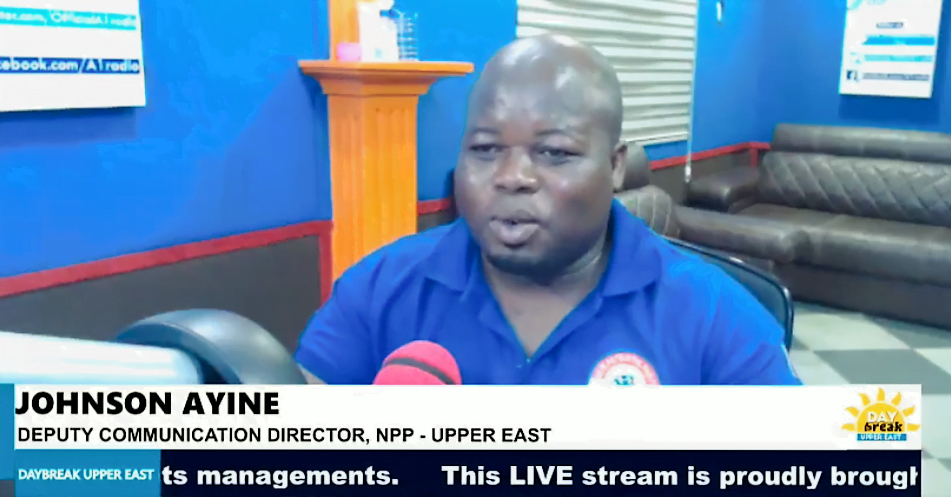 Johnson Ayine, the Deputy Upper East Communications Director of the New Patriotic Party (NPP) has made a passionate appeal for party delegates to favourably consider individuals who are contesting in various positions across the region.

Mr Ayine argued that the political party communicators when voted for, are strategically placed to further to agenda of the party adding that the years of constant communication for the party make the best choices for the positions they are vying for.

Mr Ayine made this appeal when he spoke on A1 Radio’s Day Break Upper East.

“I wish all of them [the aspirants] the best of luck; especially my communicators. They have done marvellously well in opposition and in power. Day and night, we have gone through a lot.”

“I expect delegates, to try as much as possible for us to get some communicators elected. When you have communicators being executives, you are able to know the inside-out of the party. When they also sit on the radio, they may make informed arguments. It is an appeal to them [the delegates] to have a look at the party communicators,” he said.

Meanwhile, Mr Ayine, on the same platform called for unity among the rank and file of the party.

He said, “this is an internal exercise that we are going to do. There cannot be a winner or loser. At the end of the day, it is the NPP; the elephant family that wins. Whether you are able to go through or not, you should come and rally behind those that would emerge winners and support the government of the day to work hard for us to break the 8. That is our ultimate aim”.