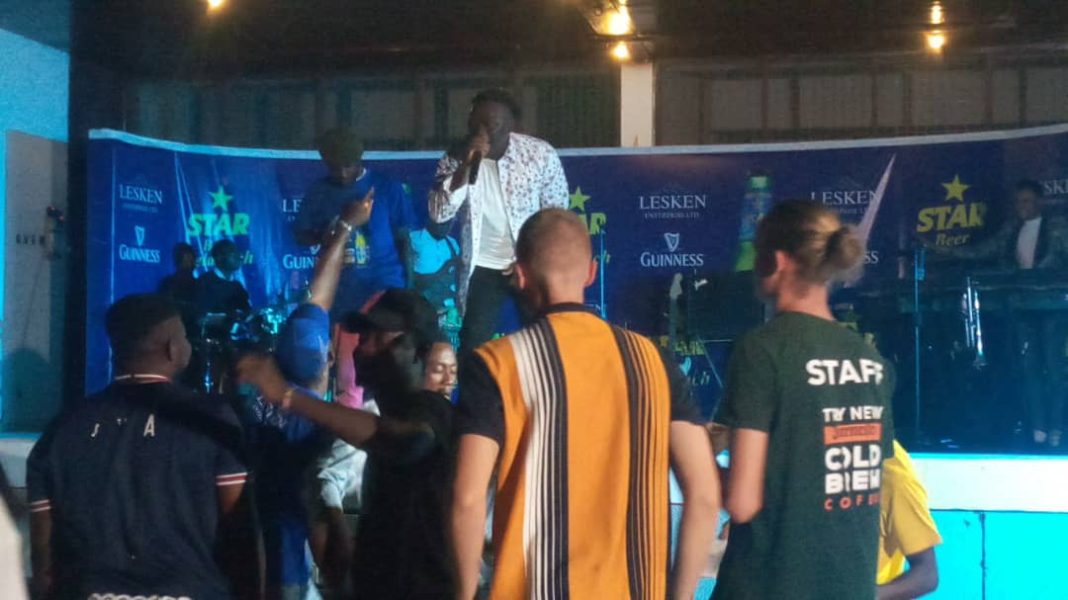 Fans of Soorebia at the New Star Beer relaunch in Bolgatanga, the Upper East Region, could not keep their calm as the versatile rap artiste climbed the stage.

They sang along word for word songs from the rapper’s new album “bag of rocks” as he performed.

Speaking to A1radioonline.com after the show, the rap, Martin Soorebia explained that the extra energy used during his performance was for the love of his fans.

“My fans are my everything, so I’ll do anything to make them happy”, he said, adding that “the core principle is respect for all,” he added. 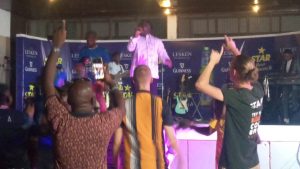 “Let’s keep the love growing wherever, whoever and however it takes,” he admonished his fans.

The relaunch of the new star beer was organized by Lesken Enterprise, the number one distributor of Star beer in the Upper East Region, in collaboration with Guinness Ghana.

The aim for the relaunch, the Brand Ambassador for Reserve at Guinness Ghana Breweries, Solomon Affum said was to meet the ever-growing demand for a new and refreshing taste of star beer by customers.

According to Mr Affum, “We have done a lot of research which suggests that our consumers want a new taste and a refreshing beer. That’s sugar-free and can match up with others in the market. So, here we come with this new, refreshing taste of Star beer. And we are doing the unveiling here in the Upper East Region.”

Touching on what makes the new product different from others, Mr Affum explained that it comes with sugar-free content with sparkling bubbles and a “refreshing taste”.

“…you know, Star is the pride of the nation and our one nation star beer. So, as a company, we take our customers and consumers into account when making this great beer.”