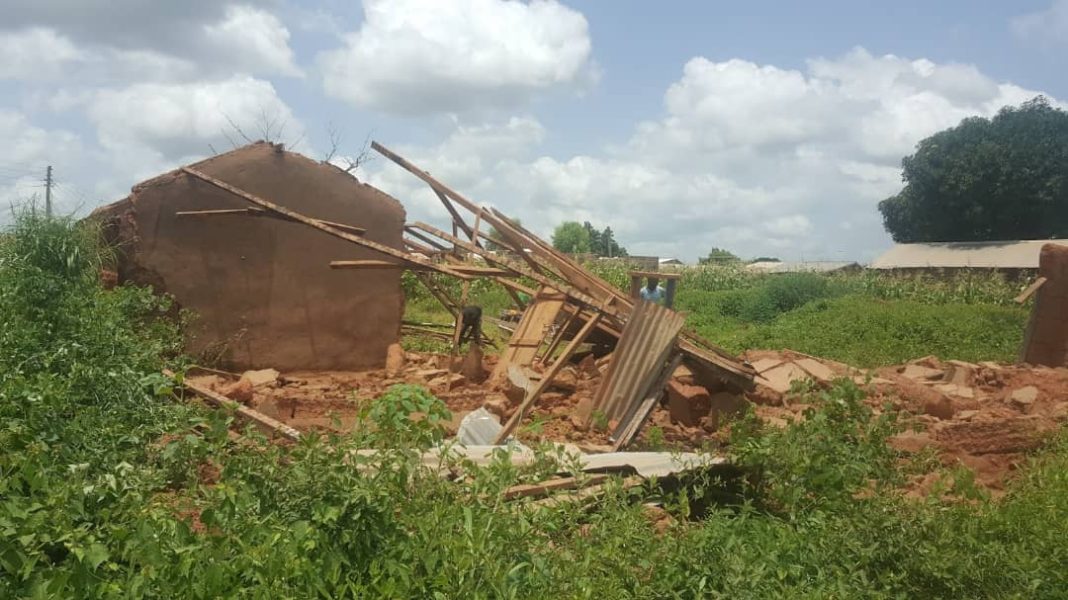 The Ghana Red Cross Society (GRCS) together with its partners, the Senior Expert Service (SES), and Teere, is looking to build in excess of one thousand homes for residents who have been affected by floods in recent times.

SES is a leading volunteering organisation in Bonn, Germany for experts and executives who are either retired or taking some time off work. Teere is a not-for-profit organisation based in the Upper East Region

The move has become necessary after it came to light that some residents within the Builsa South District, Builsa North District, Talensi District, Bongo District, Nabdam District, Kassena Nankana Municipal Municipal, the Bawku Municipality and some other areas in the Upper East Region are still reeling from the devastating effects of floods on their homes and livelihoods. It would be recalled that between 2018 and 2019 torrential rains affected the homes of people resident in the areas mentioned above. 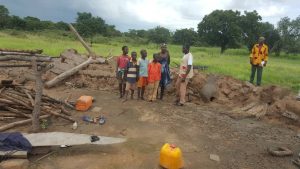 The total cost of the homes to be built is estimated at Ghc41 million. The attempts to galvanise public support toward building the homes have been dubbed, the “Humanitarian Forum”.

This, the Upper East Regional Manager of the (GRCS), Paul Wooma says is a direct indication that individuals and organisations who have become successful, need to help others who are less fortunate to live lives that are meaningful. 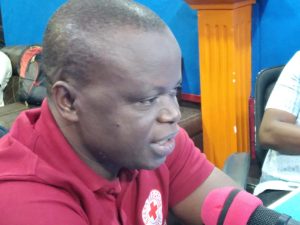 GRCS, in its attempt to launch the project, held a stakeholders’ meeting at Bolgatanga, the Upper East Regional Capital.

The meeting brought together District Managers of the GRCS along with their volunteers, staff of the National Disaster Management Organisation (NADMO), an expert from SES, Dorris Sherr, management of Teere, the Association of Divisional Chiefs in the Upper East Region and other players in the sector.

It was expected that after the project launch, information would be properly disseminated so that well-meaning organisations and individuals would commit resources towards the funding of the project.

“We want to see how people in the region can come together to solve the needs of the vulnerable in society and also, disaster survivors. We are not taking all the needs of humanity to solve, but we have identified one.”

“When it rains so heavily, houses that are made of mud normally cave in. We have a lot of people suffering quietly, especially in the rural communities. The Swiss Red Cross, together with the GRCS, came in with resources, and we built up some low-cost houses. Data shows that these houses are resilient. It stopped in 202 because of donor fatigue. We said we had to do something radically different from how we are living in society.”

“There are a lot of well-resourced people who are in this region who want to support the vulnerable people in our communities to build back better. We cannot do this without a vehicle; the name of the vehicle is the Humanitarian Forum,” he said.

Mr Wooma asked the public the contribute to ensuring that the project comes to life.

He described a forum dubbed “Humanitarian Forum” to raise GHc 41,000,000.00 for the construction of the housing project for the homeless flood victims in the Region as a brilliant approach to support the efforts of the government.

The Regional Minister welcomed the initiative by the GRCS, and called on companies, financial institutions and private individuals to support the initiative to a successful end.

The Honourable Regional Minister said this when he joined the traditional authorities, Civil Society Organizations including Teere, a Non-Government Organization in the Region at a fundraising event in Bolgatanga, the Upper East Regional capital.