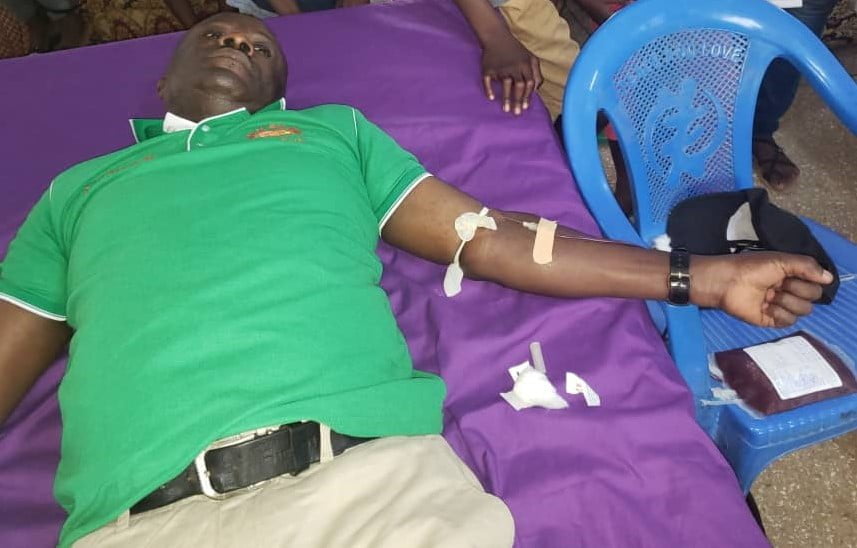 Laboratory Manager of War Merial Hospital in Navrongo in the Kassena-Nankana Municipality of the Upper East Region, Ramsey Bugri Anafo has commended the Union of May Borns (UMABO) for its maiden blood donation to replenish the blood bank of the hospital. 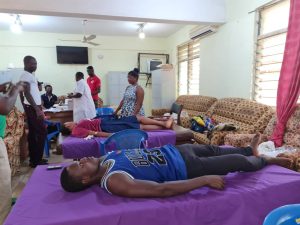 Since its formation in May 2011, UMABO has been very consistent with its annual blood donation initiative which has seen health facilities such as the Upper East Regional Hospital, Amiah Hospital and Afrikids Medical Center benefiting from the initiative. The blood donation initiative over the years has contributed immensely to saving many lives as it has always taken placed during the onset of rains which health experts say is the season when the demand for blood is extremely high. 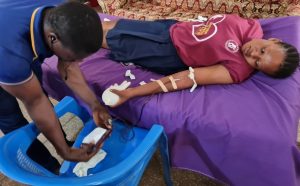 As the leadership of UMABO says, this initiative is so dear to the hearts of members and they will do everything within their means to contribute towards its success. 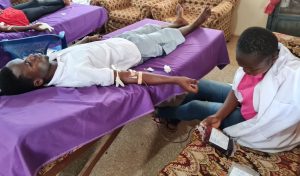 Speaking to A1Radioonline.com, Mr Bugri commended the leadership and members of UMABO for the timeliness of the exercise.

Mr Bugri said, “This is a very great step that has been taken by the union because it’s going to save a lot of lives at War Memorial Hospital in the municipality. We have been struggling with blood issues for quite a long time and we are still battling with it so having institutions or organisations like this coming to support is a great deal. People come to take blood and replacing become an issue. Some genuinely cannot replace and we can’t do anything to them. Those who can afford, they bring people, we screen, sometimes they bring as many as ten people, we screen but they don’t pass and we can’t do anything but to let them go. And once they’ve taken and they are gone, there is diminishing of the product [blood] so if we have these kinds of organisations in place who will once in a while come to support us, it will help cater for those that were not able to do the replacement and that will help us save a lot of lives in the facility especially our women who come to deliver and children. We wish everybody could have this opportunity to also help save lives in Navrongo.” 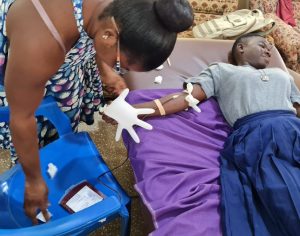 Mr Bugri disclosed that a total of 28 persons were screened but 17, representing 61% were able to donate successfully. This translated into 17 pints of blood. He called on other social groupings to emulate their sterling example of UMABO by also donating to save lives.

President of UMABO, William Nlanjerbor Jalulah described the outcome of the exercise as a success as he commended members of the union whose contributions were used to organize the exercise.

He thanked management of St. John Bosco’s College of Education and War Memorial Hospital for their collaboration with his union. He also thanked students of the college who voluntarily took part in the exercise.

Principal of St. John Bosco’s College or Education, Navrongo, Prof. Joseph Amikuzuno, who is also a member of UMABO, thanked the medical team War Memorial Hospital who led in carrying out the exercise. He also praised the leadership of UMABO for the initiative and encouraged them to keep it up.