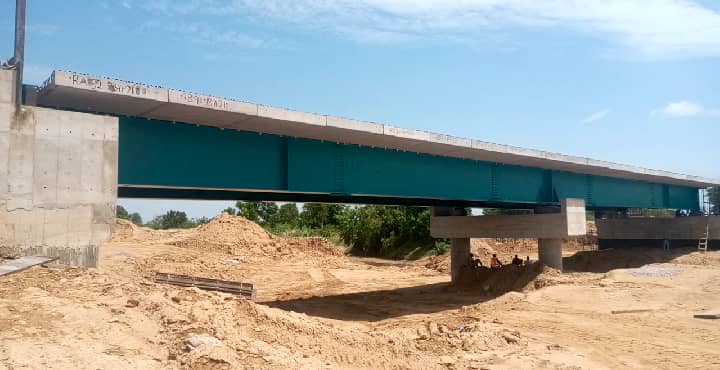 Residents of Gambibigo, in the Bolgatanga East District of the Upper East Region, have expressed excitement over the rapid work done on the 62-year-old bridge in the area.

The bridge, they say, on yearly basis claims lives and destroys properties, especially in rainy seasons. The terrible nature of the bridge also impedes access to nearby communities.

The residents were full of praise for the government for rehabilitating the bridge.

Robert, a resident told Moses Apiah, a reporter with A1 Radio that initially he doubted the government’s commitment to the bridge.

“When the announcement came that the government wanted to work on the bridge, it was funny to me. I never saw their seriousness. But today, I’m rather not serious. This government has done well,”

“Before I was even born, my parents have suffered on this bridge, access to our farmlands during the rainy season is usually impossible. But with the work so far, I believe that the government is committed to helping us. We the people of Gambibigo should praise this government for this project,” Samuel, a resident noted. 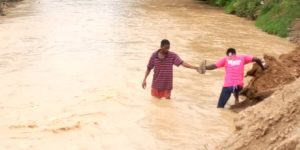 Another resident said, “you saw how I struggled before crossing to the other side. Now, imagine if it was in the rainy season, I can’t even pass. So, if this project is completed, we will be happy. Tell them to help us, we are farmers, and some of the farmlands are at the other side. Without this bridge, we cannot cross when it rains.” 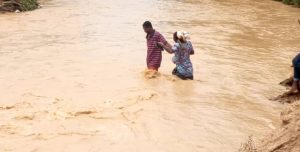 The government of Ghana, in January 2022 began the construction of the bridge to relieve the suffering of the residents and also create a path for heavy vehicular movement ‘to and from’ Bawku without passing through the central business district; Bolgatanga.