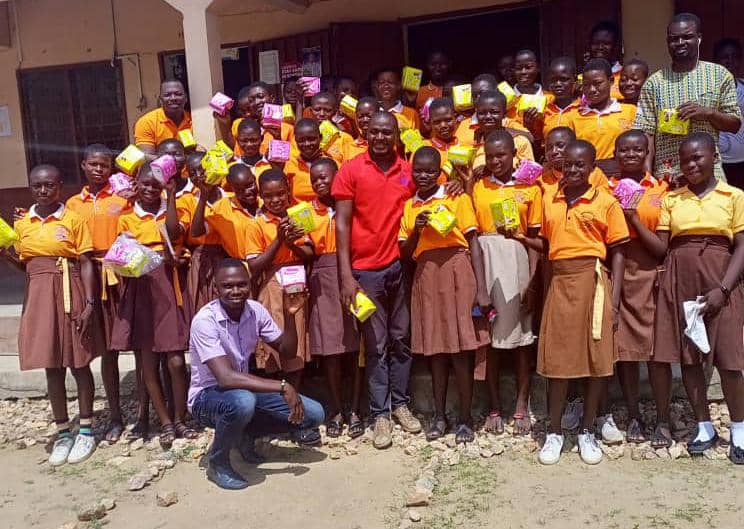 Girls in Dazongo Junior High School, a school in Sumburungo in the Bolgatanga Municipality of the Upper East Region, couldn’t hide their joy after receiving sanitary pads from Safe Menstruation Movement (SAMMO), a non-governmental organization based in the region.

Speaking to A1 News after receiving the items and some menstrual education from SAMMO the Girls noted that, the pads given to them, as well as the education, are refreshing to them.

According to the girls, they never knew of some of the menstruation details shared with them by SAMMO officials during the visit. They noted that they always found it difficult to afford sanitary pads during their menstruation period due to high cost, forcing them to absent themselves from school.

Alamiya Theresa JHS two student said “what we have learned from these people [SAMMO] is very good for us because we have never seen people like this coming to talk to us and advise us about our menstruation what we need to know and even gave us some of the pads that we also need. I am very happy for what they have done for us because some of our parents don’t have money to be paying pads for us so sometimes someone can be menstruating and can not protect herself well because of the pad.” 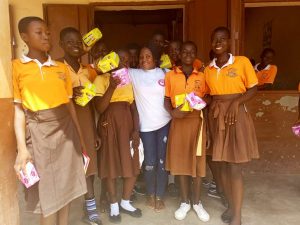 Basic seven student Atalaada Justella also said “I have learned a lot from you people [SAMMO]. We now know what to do when we are on our period and we have thanked them so much for what they have done for us.”

Head Master for the Dazongo JHS, Akawara Theophilus was full of praise for SAMMO. According to Mr. Akawara , most girls during their menstrual period have to stay at home, because they can not afford sanitary pad to protect themselves.

“First of all, I want to thank SAMMO for to Dazongo to do as this great honour by distributing pads to my beautiful ladies. It is not an easy thing when it comes to menstruation with the young ones here and the situation is not just here but it cuts across most of the schools in the Sumburungu. The simple reason is that they can not afford to buy a sanitary pad, sanitary pads are expensive,” he said

President of SAMMO Nsobuno Paul told A1 News that, the Organization sees sanitary pads for women, especially school-going girls as the number one priority; a product that should have been cheap. According to him, that is the reason SAMMO took it upon itself to help educate Girls on their menstrual circle and also support them with sanitary pads since some parents find it difficult to afford the items for their young girls.

Mr. Nsobuno also used the opportunity to call on individuals, philanthropists as well as organizations to come on board and support the mission of SAMMO in order to put smiles on the faces of the school girls.