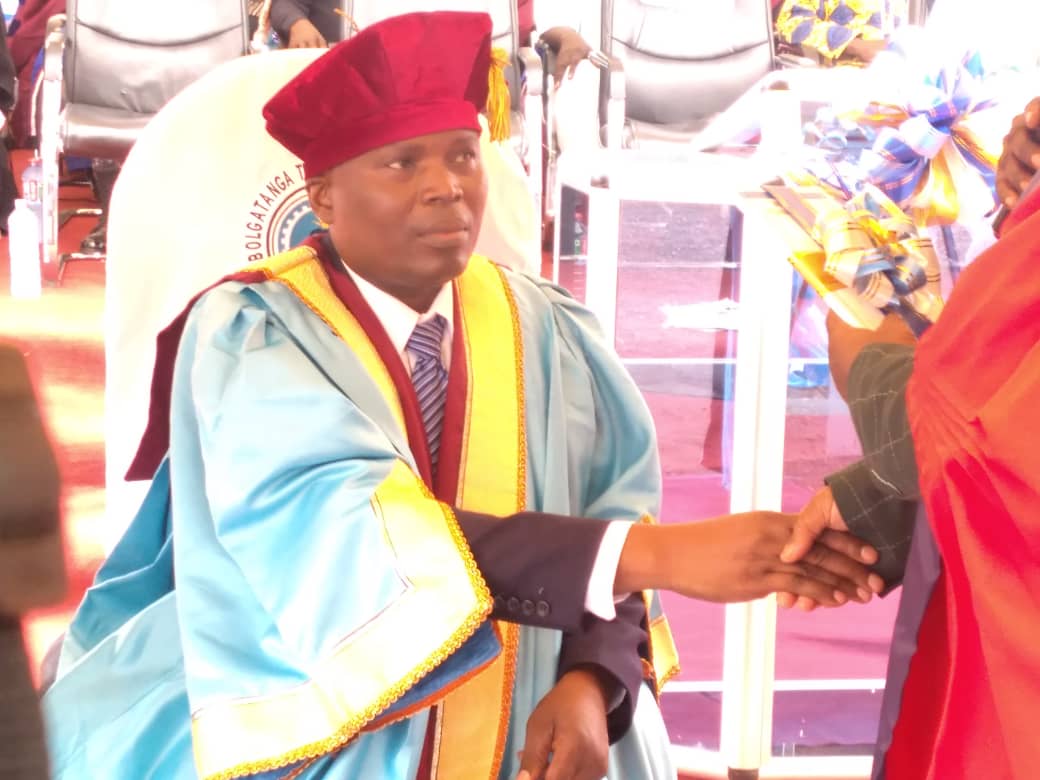 Newly inducted Vice-Chancellor of the Bolgatanga Technical University in the Upper East Region, Professor Samuel Erasmus Alnaa is worried about the government’s allocation of an amount of Ghc 1m from the Ghana Education Trust Fund (GETFund) to each Technical University across the country.

According to the Vice-Chancellor, such an amount of funds cannot undertake any major developmental projects to fix the many infrastructural deficits the technical universities face. This means teaching and learning at the various tertiary institutions would continue to suffer.

Even worse, he says, is the government’s subtle attempt to prioritise the well-endowed universities over the less endowed.

Speaking at the occasion of the 10th congregation of the university, Professor Alnaa noted that it was mesmerizing to know that the government would spend millions of cedis on already endowed Public Universities but on the other hand thinks Ghc 1m is enough to undertake any significant infrastructural development in the Technical Universities.

“I am aware that, even the already endowed traditional universities get tens of millions of cedis each but we the technical universities should just manage with one million cedis each. Let us not pretend like the proverbial pig which litters its piglets and then turn around and lie on them thus suffocating them to death,” he stressed.

Mr. Alnaa explained that, if the government is really serious about tackling the ever-increasing unemployment numbers of graduates then, it should begin to push more funding to technical and vocational education in the country.

He used the occasion to implore all stakeholders and government as well as stakeholders involved in policy making to relook at the funding on technical universities in the country because in that way it will help in skills development and creating of job opportunities.