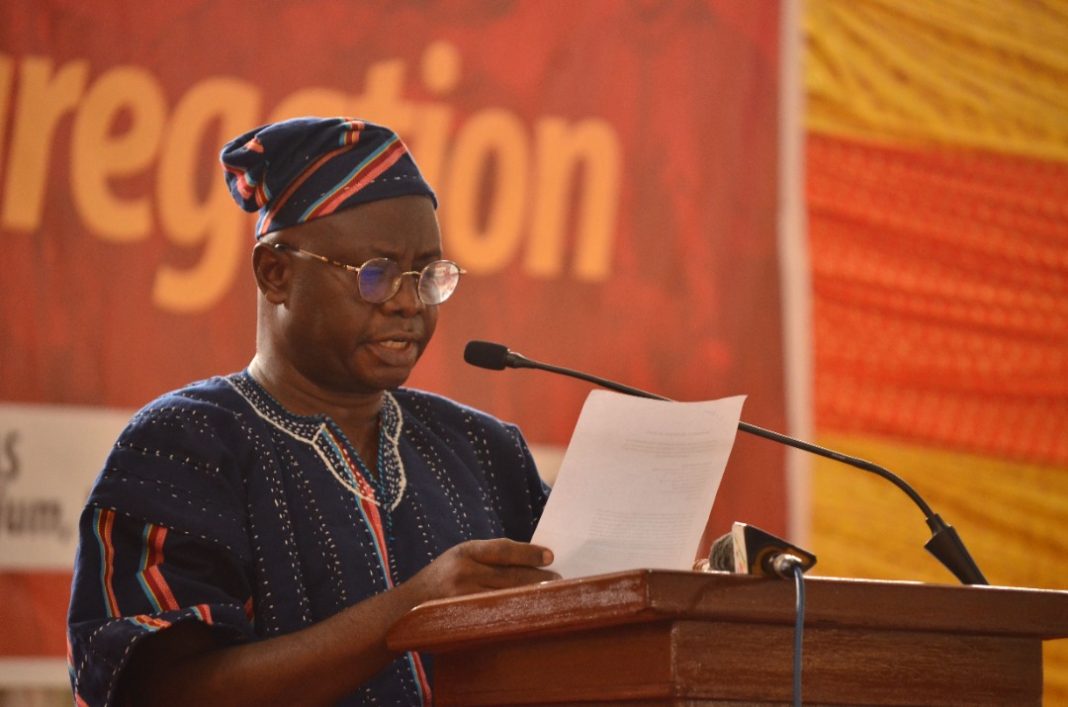 The Regional Minister, Stephen Yakubu, congratulated the newly elected executives and said journalists play a very important role in society. He urged the executive members to work together.

“In the morning everyone really wants to know what is happening across the country either in Bolga or other regions and therefore Ghanaians like their radios. If you go to the villages you would see people holding their radios going to the farm; they are listening, they want to know what is going on. So I think it’s brilliant and I congratulate all of you. What I want to say is that you need to work together.”

According to Mr Yakubu, many of the problems facing the Upper East Region are self-induced. He noted that the region is rich in resources but the people are not taking advantage of the resources to develop the region.

He said, “we have a region where we have many problems, and the problems for me mostly are self-induced problems. You can see that it is a rich region, but we’re not able to use the resources here to develop ourselves.”

The Regional Minister observed that the problems are political polarization and tribal-related.

“If you look at the political arena, it is because we all always think that politics is the game. Politics is what drives this country and that is the problem. Just the mere fact that we are not in the same party [does not mean] we cannot do things together.”

“I’ve been in politics for a very long time. Sometimes, it’s very difficult to see these two big political parties agreeing on something that we think is going to help the country.”

“Most of the problems that we have here are tribal, chieftaincy, land because sometimes we cannot just forgive each other.”

The GJA Chairman, William Nlanjerbor Jalulah on his part said journalists in the region have done well in their reportage on conflicts in the region.

“For the media in the Upper East Region, I must say that colleagues in the region have done very well when it comes to conflict reporting; not inflaming passion and not taking side as far as conflict reporting is concerned.”

He, therefore, appealed to the regional minister who is the Chairman of the Regional Security Council to push for absolute peace to prevail in the region with all the tools available to him.