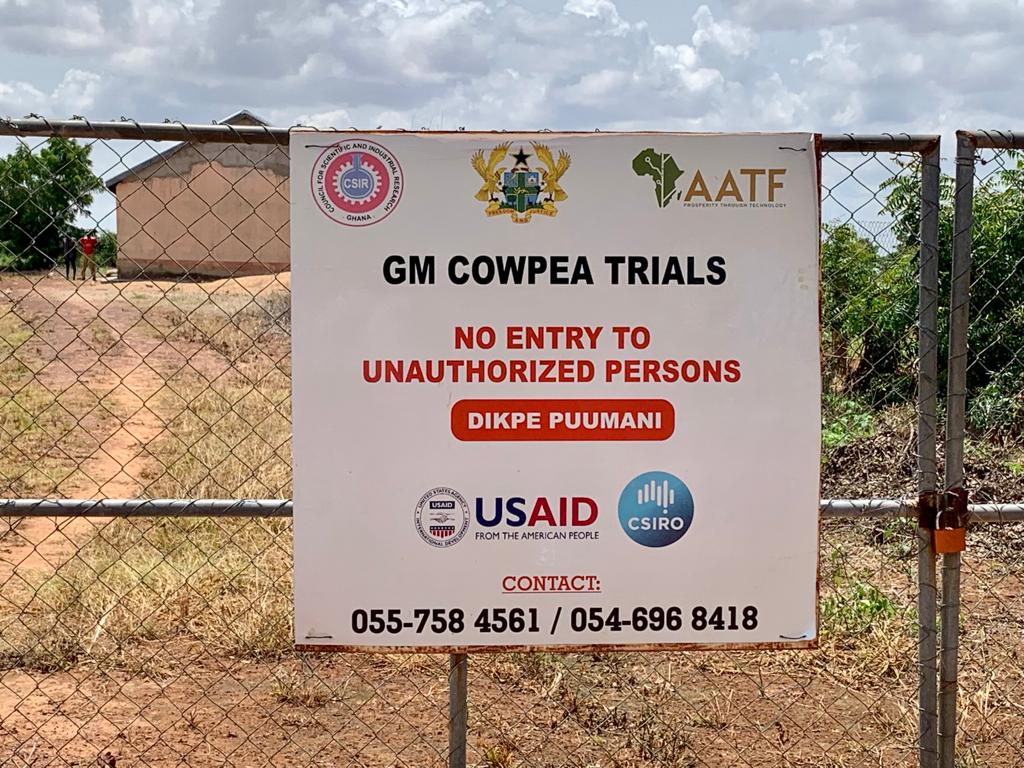 Farmers are appealing to the government and other regulatory agencies in Ghana to expedite action in approving a Genetically Modified (GM) pest-resistant cowpea for commercialization.

Mohammed Sibdow Wuniboyeli, a farmer from Kpalsogu in the Northern Region who has been cultivating cowpea says, unlike the pest-resistant cowpea that allows farmers to apply pesticides on their farms twice before the maturing stage, they often apply pesticides at least 5 to 6 times on the conventional cowpea before it reaches its maturing stage.

A situation he says is cost-effective considering the hikes in the cost of pesticides that are currently sold in the market at Ghc50-Ghc60 per container.

“The insects disturb us a lot. So, if the government would allow the CSIR-SARI to release the seed for farmers it will help us a lot. For the GM cowpea, we are told that we can spray just twice but for what we have been cultivating over the years, we spray more than 6 times.”

Another farmer, Adam Fuseini from Nyankpala has been in the cultivation of cowpea for commercial purposes for the past 5 years. Unfortunately, he says a pest, known as ‘maruca vitratra’ attacks the crop at the flowing and podding stage and can cause about 80 percent crop loss.

“If you farm at least an acre and you expect to get more yields, but because of the maruca you can’t get good yields. It affects the crop and destroys the flowers when it is about to develop. Through that, we don’t get good yields. But the researchers have come out with a technology that can withstand the pest. So, we are appealing to government to approve that GM cowpea for us. If it is approved, we can be assured of more yields which could improve food security in the country”, he appealed.

Due to the lack of appropriate farming practice, Abukari Fuseini from Kpalsogu in the Northern Region who has been a commercial farmer for the past 25 years, spends at least Ghc 600 on an acre to control pests on his cowpea farm. 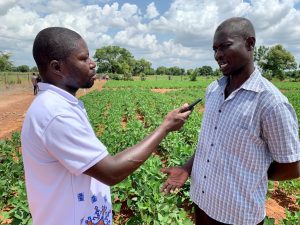 “Before you can get a good yield with our local cowpea, you have to spray up to 10 times to control the pest.”

Aside from the high cost of purchasing pesticides, Mr. Fuseini who made an “appeal for government to expedite action on improving the GMO cowpea”, called on colleague farmers to embrace it to improve yields when approved.

The Genetical Modified (GM) pest-resistant cowpea developed by scientists at the Savannah Agriculture Research Institute of the Council for Scientific and Industrial Research (CSIR-SARI) in Nyankpala in the Northern region may serve as a solution to the maruca attacks.
This technology was done using the trait from the fungus known as Bacillus therigiensis (Bt) in the cowpea crop.

This was made known when journalists, brought together from across the country, visited the GM demonstration site at Dikpe Puumani near Nyankpala in the Northern region as part of a two-day workshop on the role of GMOs in agricultural production.

The training was organized by the Alliance for Science, a network of scientists, students, farmers, academics, communicators, and other well-meaning Ghanaians working to promote science in all spheres of national development.

Dr. Jerry Nboyine, an Entomologist and Principal Investigator at CSIR-SARI said his outfit and other partners are promoting the GM cowpea as a remedy to the challenges such as pests and low yield that farmers are faced with using the traditional cowpea they have been cultivating. 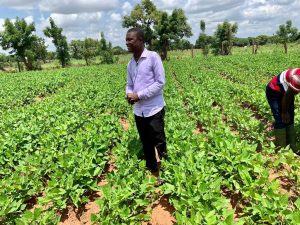 “If you look at the normal varieties that we normally released to them, we always say that, for every hectare, a farmer should be able to harvest not less than 20 bags. But on the farmers’ field, farmers are hardly able to get up to 5 bags per hectare. That means they are losing about 15 bags just because of this destructive insect called maruca. So, once we have this material out there, that means farmers are going to get to a point where they can increase their yields by at least 4 fold. And that means that they are increasing their yield and the crop will be available for everyone to buy.” 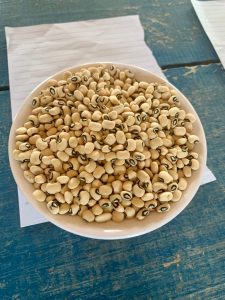 With the introduction of the government’s flagship program, ‘Planting for Food and Jobs’, Dr. Nboyine believes the GM cowpea when approved and accepted by farmers will be a panacea toward government’s quest to attain the Sustainable Development Goal 2 on food security for all.