Builsa South: Rice farmers say there’ve been no rains in July; crops are drying out 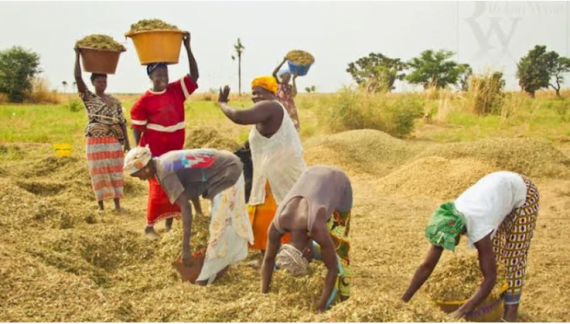 12 days into the month of July and still, the rice farmers in the Builsa South District of the Upper East Region have not recorded any rains. For farmers who have already sown their crops, the crops have begun to dry out because of the lack of water.

This was communicated by the Secretary of the Builsa South Commercial Rice Farmers Association, Daniel Atulik. He said this when he spoke on A1 Radio’s Day Break Upper East Show, Monday, July 11, 2022.

Some news reports from the Upper West Region also suggested that farmers were worried that their crops would dry out completely after several days without rains.

“The story is not any different. Since the beginning of this month, we have not really seen any rain. It is always threatening to rain, but it is not raining. You go to the valleys and the whole place is dry, like we are in the dry season. Many had planted, hoping that it would rain.”

“Apart from the valleys, at home, the early millet that we normally do, in my area [Fumbisi], apart from those who took advantage of the very early rain, many are yet to even plough in the homes and we are in July. Normally, the early millet we harvest in August,” he said.

Mr. Atulik, worried about the situation continued to as, “it is not something pleasing at all. Last year by this time, most of my farms, I could not plough because it had beentaken over by water.”

He insisted that while during the same period last year the rains were intermittent, this years, the rains have not come as is expected.