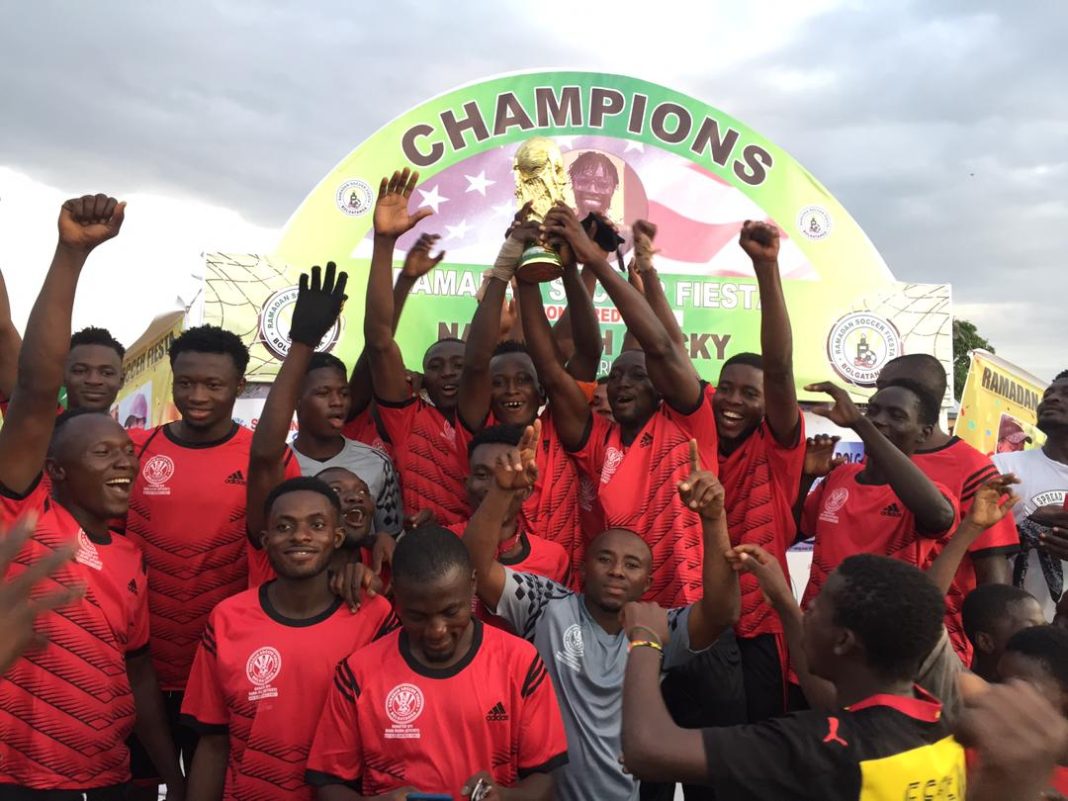 Atulbabiisi Community has been crowned champions of the just-ended Ramadan Soccer Fiesta Top Eight(8), after beating Majeema Community 3-2 on penalties in a fiercely contested final which ended goalless in regulation time.

The two communities met in the small sala, where Majeema were able to beat Atulbabiisi to progress to the semi-finals and eventually qualified to the finals but lost to Kotokoli-Zongo.

Heading into the finals this time around, both communities won all their two matches played. Majeema Community had beaten Tindonmolgo 2-1 and also recorded a 2-0 win over Dagmweo to progress to the finals. Whilst Atulbabiisi beat Pobaga 2-1 and also defeated D-Line 1-0 to make it to the finals.

The exciting fixture produced no goals as both communities missed some crucial goal-scoring opportunities that came their way on the field.

As it was a final match and needed a winner at all cost, the communities had to settle the tie with a penalty shootout. The five players from each community scored two and missed three spot kicks, the sixth player for Majeema Community missed his kick, giving the advantage to Atulbabiisi, Nyaaba Isaiah then slotted the ball in, to ensure Atulbabiisi won the shootout by 3 goals to 2. 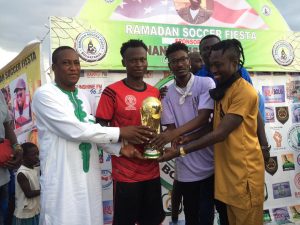 Speaking to the gathering at the closing ceremony of the one-week event Nana Kush who is the sponsor of the top Eight(8) said he was honoured and delighted to sponsor the top eight and wishes to see the unity among each and everyone grow further.

Nana Kush added that next year, he is ready to sponsor not only football but all sporting games in the Region and prayed the unity he saw from all the fans at the venue will continue.

The Upper East Regional Football Association Chairman, Salifu Shaibu Zida in delivering his speech, thanked all fans for the cordial conduct they have shown throughout the tournament.

Zida added that without the sponsor, this year would have been a problem, but his timely intervention has brought limelight and smiles to the various communities.

He stressed that, they will still be knocking at his doors more as another year is just by the corner, and thanked Nana Kush for the support. 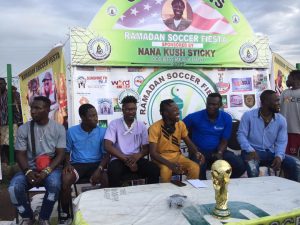 The one-week event which started on Sunday 10th July came to an end on Sunday 17th July with the likes of Atulbabiisi Community the champions-elect, Majeema Community, the first runner-up, Dagmweo Community, Kotokoli-Zongo, Tindonmolgo Community, Moshie-Zongo Community, D-Line Community and Pobaga Community competing for the ultimate prize at stake.