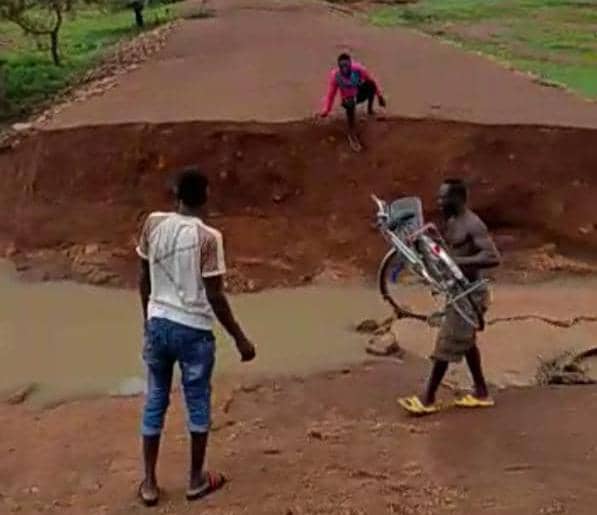 The collapsed Wiaga-Mutiensa bridge is said to be affecting the revenue mobilization of the Builsa North Municipal Assembly in the Upper East Region.

Municipal Chief Executive for Builsa North, Vida Anaab speaking exclusively to A1 NEWS said residents in the affected communities “cannot go to the markets, neither can they carry goods to the market and so it affects our revenue mobilization.”
The Wiaga-Mutiensa bridge connects nearby communities such as Zuedem, Kpalinsa, and Tankansa to Wiaga township.

The bridge which has been in a deplorable state collapsed as a result of a heavy downpour that occurred on Sunday.

As a result, access to schools, markets, health centres, and farms is affected. Peter Noble from the Kpalinsa community said the people had lamented over the bad state of the bridge since the beginning of the year but yet still no response has been received from those in authority. 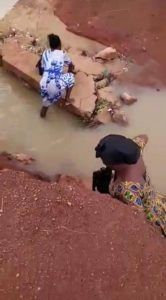 “We have reported the situation to the authorities several times but they have not responded. So, my appeal to everybody, especially, philanthropist to come to our aid. About 700 people who use this road from Gbedema, Tankasa, Mutiensa, Zamsa, Zuedema, Kpalinsa to do daily activities.”

But the MCE for Builsa North said situational reports have been written to the Roads and Highway Minister through the Upper East Regional Minister for the bridge to be fixed.
Madam Anaab promised to visit the bridge on Thursday to get first-hand information. She said the situation needs to be addressed immediately because the ambulance vehicle nor fire tenders can have access to these communities in the event of health referral or fire outbreak.

She however appeal to community members to have patience with the authority to get the collapsed bridge fix at an appropriate time.