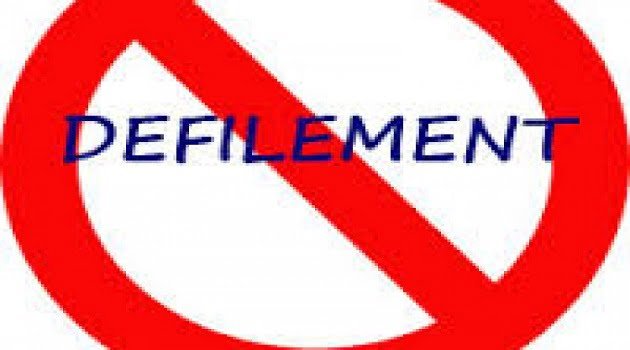 The seeming increase in child defilement has become a matter of concern for parents, opinion leaders, and stakeholders in the Upper East Region. In July 2022 alone, three cases of child defilement have been recorded in three separate districts with the latter having to do with an 8-year-old girl who was defiled by a 70-year-old security man.

It could again be recalled that in the Sherigu community, a suburb of Bolgatanga, a family Pastor was arrested for impregnating a 13-year-old girl who was under his care.

In the Doba, a community in the Kassena-Nankana Municipality, a father and husband of two was jailed for 10 years for incest with his daughter.

At a stakeholders’ forum in the Talensi District, the Project Officer of Rise-Ghana, Ellen Mansongba Sa-ambo noted that the aim was to enhance and improve duty bearers’ quality of engagement on adolescent-friendly services so that adolescents can make informed decisions on their sexual and reproductive health rights.

She said, “this project will create that enabling and protective environment for adolescents and children’s Sexual Reproductive Health Rights and nutrition in the Upper East Region. So, to achieve that, we will organize six district health level stakeholders convening on Adolescent SRHR including adolescent nutrition innovations barriers and remedies. Also, we will liaise with the social services sub-committee, Queen Mothers, Parent Association, Teachers and Village Savings and Loans Association to Champion Adolescent SRHR and Adolescent nutrition, safeguarding and counter myth in 6 major festivals.”

She added that her outfit has also provided a survival support fund for persons directly threatened or harmed by acts of extreme violence perpetrated based on gender stressing that “the violence must have occurred within the last three months, and threats must be ongoing.”

The Adolescent Focal Person at the Talensi Health Directorate, Madam Sedonia Adaabugah also noted that the project will help adolescents know about safeguarding their bodily rights, as well as “how they can detect danger signs, set boundaries around their bodies, parents, and adolescents must know not all adults mean well and can trust and seek help.”

Some of the participants especially the chiefs and religious leaders also assured that they will commit fully, their time to educating members in their catchment areas about the dangers of such cases and how collectively they can fight it.