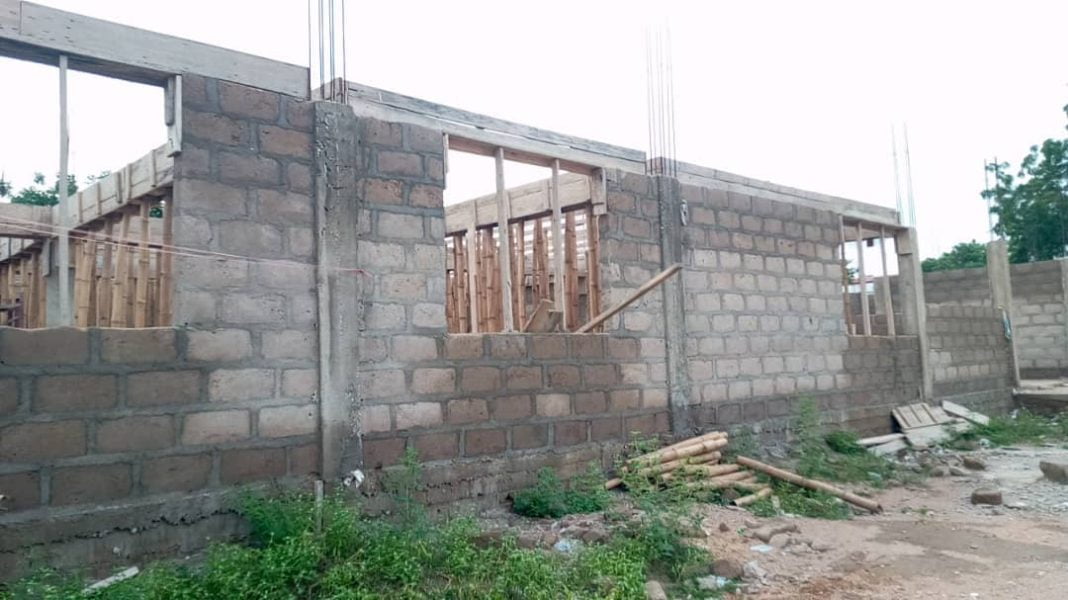 The Project Manager for the Upper East Regional Passport Office under construction, Kennedy Enyan has stated that the project has not been abandoned but was paused to enable the contractor and other stakeholders involved to resolve some issues.

This statement was made during an interaction to respond to rising concerns surrounding the construction of the Passport Office on the Day Break Upper East Show on A1 Radio.

While responding to the delay associated with the work, it emerged that the contractor had to put the work on hold in order to address some challenges that arose during the process.

Mr. Enyan added that, it was quite difficult to continue with the while those challenges persisted.

“In projects, even when you are doing your personal accommodation, it gets to a point where you do get some challenges. Having the challenges at the same time, running the projects becomes someway. So, there is a need that we pause, and then look at the issues around us, rectify them, put them in order, and then continue our project in a peaceful way.”

He further commented that the challenges the contractor faced are issues that are solvable and are being tackled to allow for the smooth continuation of the project.

“But it is not a serious issue that will abandon the project. It is solvable and it is almost or even solved. Very soon you will see the projects ongoing.”

Pointing out the challenge the project faced, Mr. Enyan said the land allocated for the project was contested by some family heads who claimed ownership of the land. He added that the company had no interest in the land acquisition process and were only interested in completing the project.

“Before we start the project, what I heard which I do not have much information on it, the family heads in the ministry, regional minister and other stakeholders had had some meetings concerning the plot. We are workers, let’s say contractors and we are not all that interested in getting details of various meetings they’ve had towards the land before we were given. All that we know, we were called. The land is ready that we come to put up the building.”