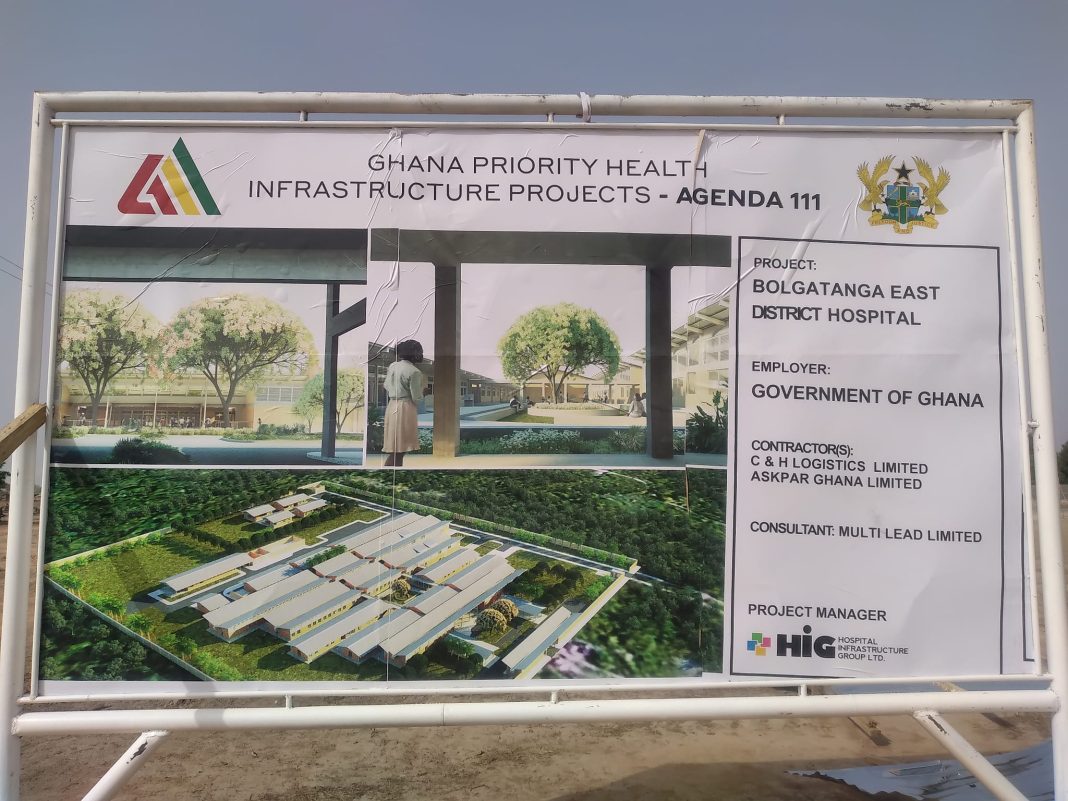 The MP for the Nabdam Constituency in Upper East Region, Dr. Mark Kurt Nawaane is still curious about the funding source of the government’s flagship health project; Agenda 111.

Speaking on the Day Break Upper East Show, today, Thursday, July 28, 2022, Dr. Nawaane who doubles as the Deputy Ranking Member of the Health Select Committee in Parliament was worried that without a dedicated funding source, the government may be unable to complete the project scattered across the country.

“Whenever they budget for any work to be done in the health sector, in terms of hospitals, they say that Agenda 111 is going to finance it. One of them is the psychiatric hospital in Accra. When we asked for the way that it is going to be funded, because they are going to refurbish it, they are going to practically rebuild the whole hospital, [when we asked for its financing mode], we were told that it was going to be Agenda 111.”

“Even in the budget, there were some other hospitals that came up and it is the same thing. Why do you have to start something like one hundred or more hospitals when there are hospitals that need only small assistance to be operational? Why should that be the situation?” he asked.

He went on to suggest that even at the Upper East Regional Hospital, some extensions that were built need some funds to be able to operationalise; a situation that should concern the government more.

It should however be noted that the government has announced plans to equip phase two of the Upper East Regional Hospital in Bolgatanga before the end of the year 2022.

But due to the lack of equipment, the facility has since not been put into use since its completion in 2016.

“Mr. Speaker, I am pleased to report that work has commenced and are at various stages of construction in 87 out of the 111 sites earmarked for the Agenda 111 project. With the majority of the contractors at various sites, we are well on course to bridge the health inequality gap and strengthen the health system nationwide. Furthermore, the following Health infrastructure projects are expected to be completed by the end year 2022. These are; construction of one district hospital and five Polyclinics in Western Region (Akontombra, Nsuaem, Elubo, Wassa Dunkwa, Bogoso, and Mpohor); expansion and equipping of four selected facilities project in Aburi (Kom), Tetteh Quashie, Kibi and Atibie); and equipping of Upper East (Bolgatanga) Regional Hospital, Phase II.”

Mr. Ofori-Atta disclosed this while delivering the 2022 mid-year budget in parliament.
Phase two of the hospital project is funded by the Saudi Fund for Development, while Berock Ventures Limited is undertaking the actual construction.