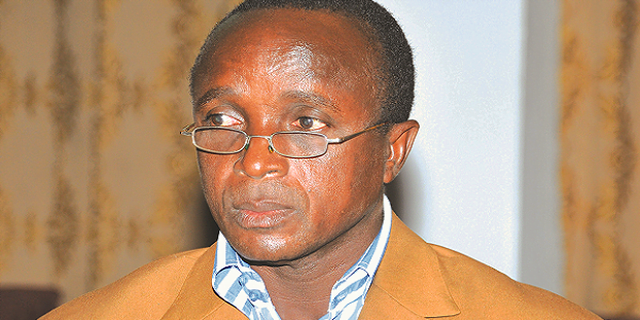 National Coordinator of GYEEDA, Abuga Pele and businessman, Philip Assibit were handed an 18 years jail term by an Accra High Court in 2018. The Court presided over by Justice Afia Serwaa Asare Botwe convicted the two who were involved in the 4.1 million GYEEDA Scandal.

But speaking in a recent exclusive interview with A1 Radio’s Mark Smith, Abuga Pele believed he did nothing wrong to merit the treatment he went through.

“I didn’t pay the money. At my level, I only had the power to approve up to Ghc20,000 for imprest purposes. I didn’t even have the power to give money to anybody. All money that we had, was lodged at the Bank of Ghana with the Ministry. All payments were done by the Ministry directly to Assibit.”

“The memo was not crafted by me; it was crafted by my finance officer who was employed by the ministry because they say he is qualified. All the senior officers I was dumped on them, I didn’t recruit them. So why would I be holding in doubt the work they do and submit to me.”

“So I would look through if it sounds reasonable am not a finance man even though I was a tax man but it is not enough. The Finance Officer wrote the memo and said it was okay. I minuted for your attention and he took it to the ministry. He read through, gave it to his Chief Director, gave it to his Auditor, they approved and he said pay him; we paid. So am still to come to terms with why I was prosecuted.”

Mr. Pele went on to say that’s was not even aware when payments were made because he was busy in his constituency campaigning.

“I was prosecuted, convicted and sentenced. I accept it,” he added.

Mr. Pele, despite his incarceration, said, “one thing that made me very glad about the whole thing was when the judge said I did not benefit from it in anyway; from the whole transaction. In the judgement, it is there.”

“People ask, if the man did not benefit from the thing, why would you jail him? But well, that is the case. I accept it in good faith,” he said.