UE: BOTECH students asked to go home after riot; candidates to commute from home for examination 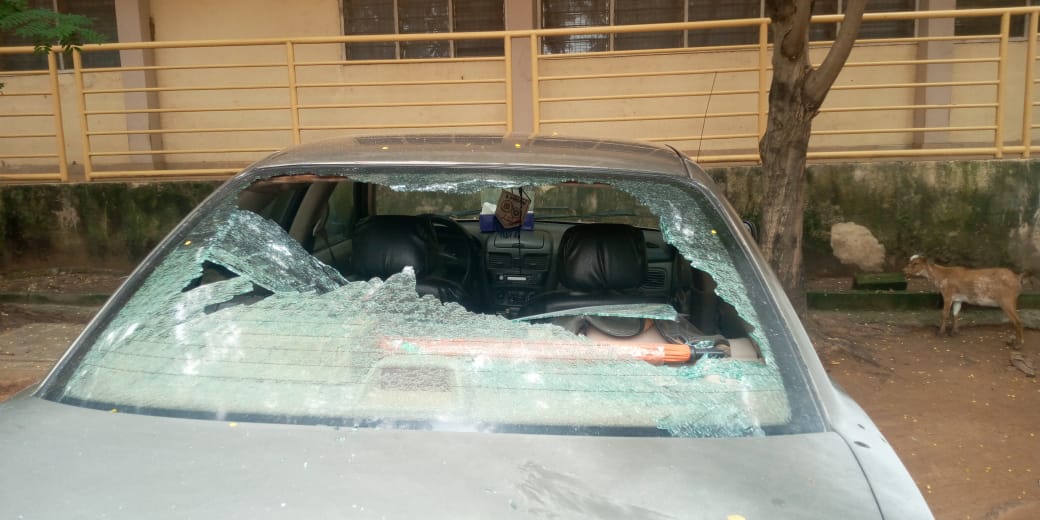 The Upper East Regional Minister, Stephen Yakubu has asked students of the Bolgatanga Technical Institute to leave school premises before 4 pm following the misconduct of some final-year students.

The riot resulted in the destruction of the property belonging to the school and staff.  According to the management of the school, the students rioted today after some of them were arrested yesterday for using foreign materials during exams.

Mr Yakubu, unhappy about the incident, noted no individual or group of individuals would be allowed to mar the peace within the region.

“We will not sit and allow anyone to destabilize the peace we are enjoying now.”

The Principal of the school, Zachary Yorose was bewildered at the action of the students.

“We were writing our mathematics paper, when the NIB came around to pick some two form-two students. According to their narration, their seniors instructed them [the two juniors] to help them [the seniors] cheat through the use of a phone.”

“So, after the exams, the NIB invited these students and some other masters to their office in Bolga for interrogation. At around 5pm, I went to bail them. So, this morning I was asked to bring them back to the NIB office. I was there when a teacher called to inform me that there was uneasiness in the school. I even thought that was Bawku Technical but when I got to the camp it was too much.”

“So I called the police but the students didn’t see the need to stop rather they were throwing stones at the police and destroying staff and school properties. Now, the regional minister has asked them to go home, those who have papers to write tomorrow can come and write and go back. There is nothing we can do for now.”

Touching on the destruction, the principal said the students have destroyed five cars belonging to teachers.