Ya-Na thanks Akufo-Addo for hustle-free 2022 Hajj season, commends Hajj board 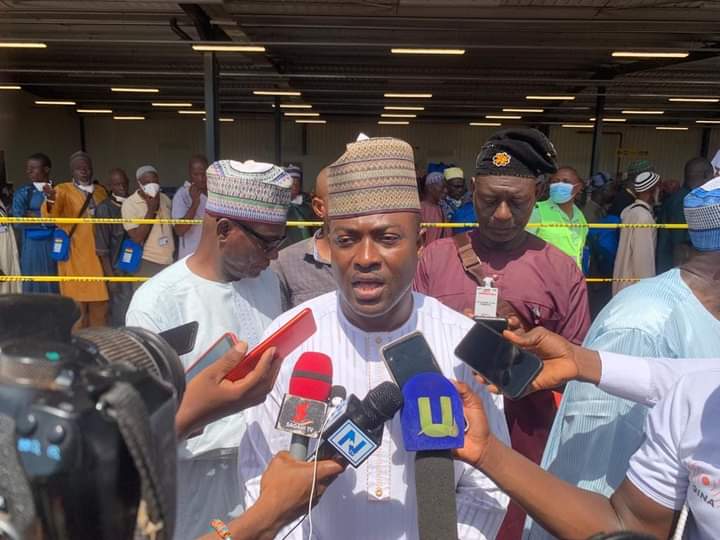 The King and overlord of Dagbon, Ya-Na Abubakari II has praised and acknowledged President Nana Akufo-Addo for contributing immensely to this year’s Hajj pilgrimage in Saudi, especially the good treatment pilgrims from the Northern part of Ghana had from the Ghana Hajj Board.

The King of Dagbon made these remarks when the president paid a courtesy call on him at his palace in Yendi on his two-day working visit to the Northern Region.

“Your Excellency, this year, Hajj 2022 was efficiently organized here in Tamale, pilgrims traveled to Mecca and Medina and observed their religious obligations in line with their faith without any hitch. Whiles pilgrims were in Saudi Arabia, I monitored with keen interest the activities and the welfare of pilgrims over there. The feedback was great and I am happy that the pilgrims mostly from Dagbon state were treated with dignity. The Dagbon state, predominantly Muslim, contributes about 65% of the entire Ghana pilgrim population, therefore, I have a particular interest in the activities of Hajj in Ghana. The organizers of the Hajj process here in Tamale did a good job and I commend your government for such a wonderful feat”, Ya-Na eulogized Akuffo Addo.

The current government has invested in and supported Hajj operations in Ghana since 2017 and has chalked many successes including this year’s Hajj.

The Ghana Hajj Board through the support of its stakeholders has this year, put big smiles on the faces of Ghanaian pilgrims with excellent services.