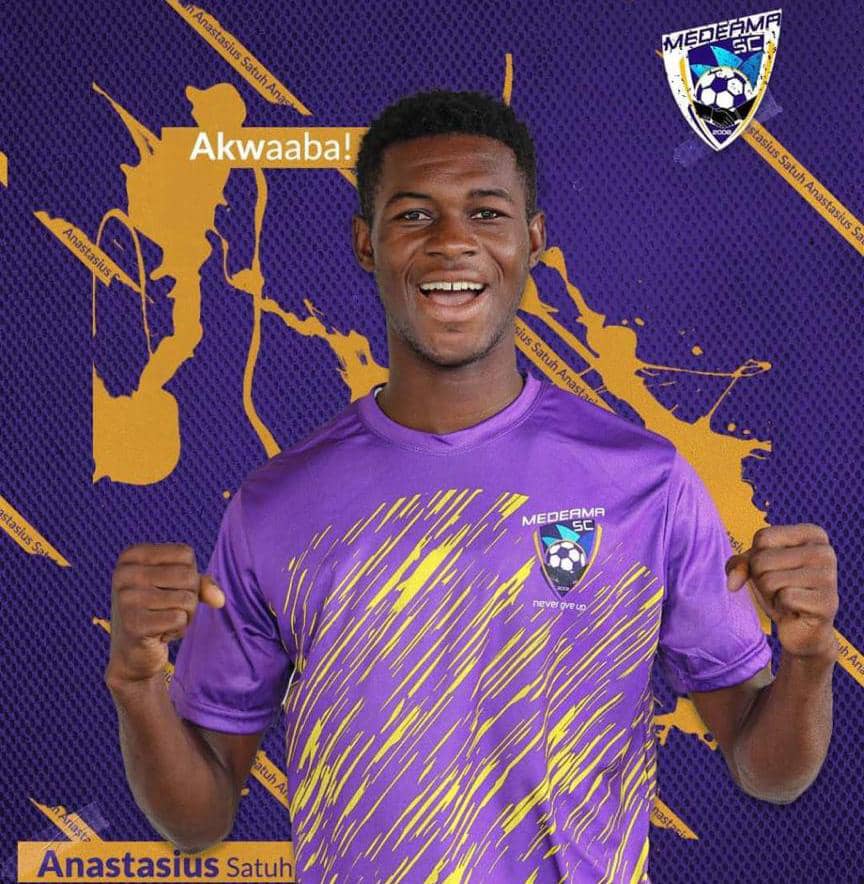 The centre-back joins Medeama from the newly promoted Division one side Rences FC in the Greater Accra Region.

The former Kassena Nankana UTD (Mboma City) player, was so brilliant to watch during his days at the club. He took part in the 2019/2021 Happy Man Bitters Inter-Community Soccer competition and helped them win the tournament.

Satuh Anastasius was the deputy captain of the team. Due to his commitment and dedication, he was invited to the National U17 team.

The huge centre-back has signed a three(3) year deal with Medeama sc.

In a Facebook post, the Chief Executive Officer Of Kassena Nankana Utd, Cherry Azanlerigu Mboma wrote, “congratulations to our former deputy captain, former National U17 Central Defender and 2019/2021 HAMISOC winner Satuh Anastasius for signing for one of the best Betpawa Ghana Premier Clubs(Medeama SC). We are indeed the narrative changers. God bless you, we wish you a successful football season with your new club.”