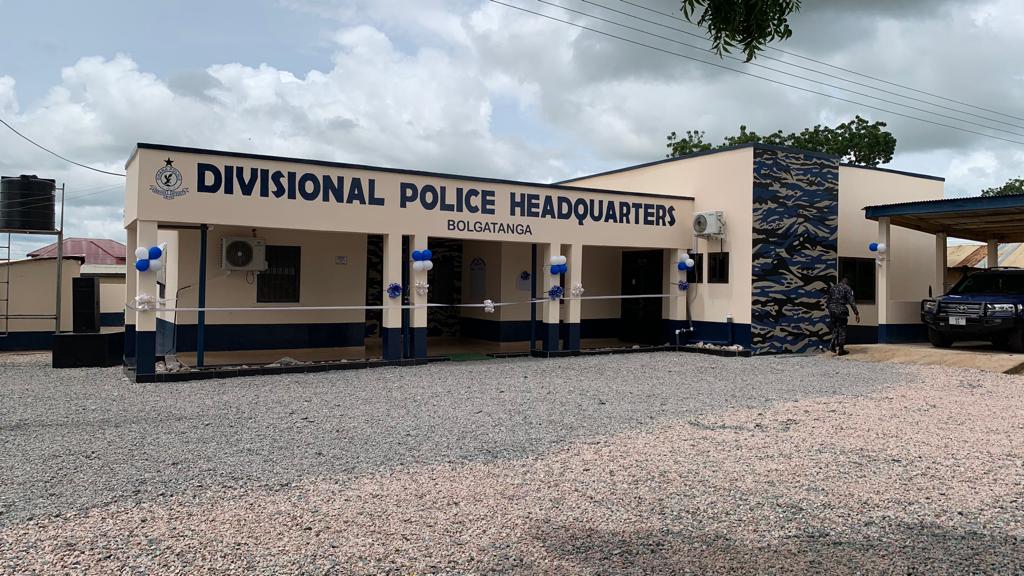 The Ghana Police Service has inaugurated the Bolgatanga Divisional police command to beef up security in the Upper East Region.

The Bolgatanga Divisional Police Command is also mandated to report to the regional police headquarters on matters of security.

Hitherto the Bolgatanga Divisional Command inauguration, the facility housing the unit was a 3-room old canteen serving police officers. But as a matter to appropriately serve its catchment area, Chief Superintendent Dela Kwasi Dzansi, commander of the Bolgatanga Divisional Police Command said the size of the building was expanded to 8-room offices with 6 toilet facilities and a kitchen.

“This building is here today because of the power or encouragement of some personnel. It was a brainchild of the outgoing regional commander, Dr. Sayibu Gariba. When I took office over here, I was quite dormant for reasons known to the commander. But as soon as Dr. [Gariba] came to Bolga, he encouraged me and this is what we have today.” 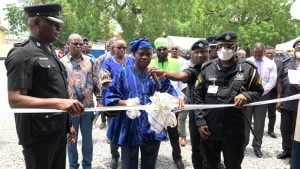 The divisional commander applauded Madam Josephine Apana who took the lead in soliciting funds from individuals and corporate bodies to put up the structure.

Upper East Regional Minister, Stephen Yakuku in his inaugural speech commended individuals, especially Dr. Gariba for changing the face of the police service in the region.

“In this world when you work, it is always good to put everything behind and do the right thing. Whiles, you are doing the right thing, people see what you are doing and the reward comes both from God and also from your superiors. Dr. Gariba today is the Accra Regional Commander and it sends a signal to all of us that hard work pays. Today we can boast of things that have happened in all the divisions. Bawku division has been walled, Navrongo division also has been walled.” 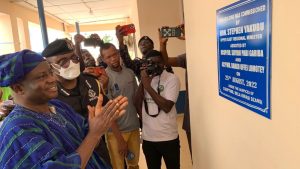 He commended police officers in the region for their efforts at reducing the crime rate, especially motor snatching, particularly in Bolgatanga.

The regional minister said government is working to beef up the Upper East Regional police command with over 120 officers to complement the efforts of the existing officers.

Mr. Yakubu assured the police service of government’s effort to equip the service to recruit more personnel to protect the lives and properties of citizens.