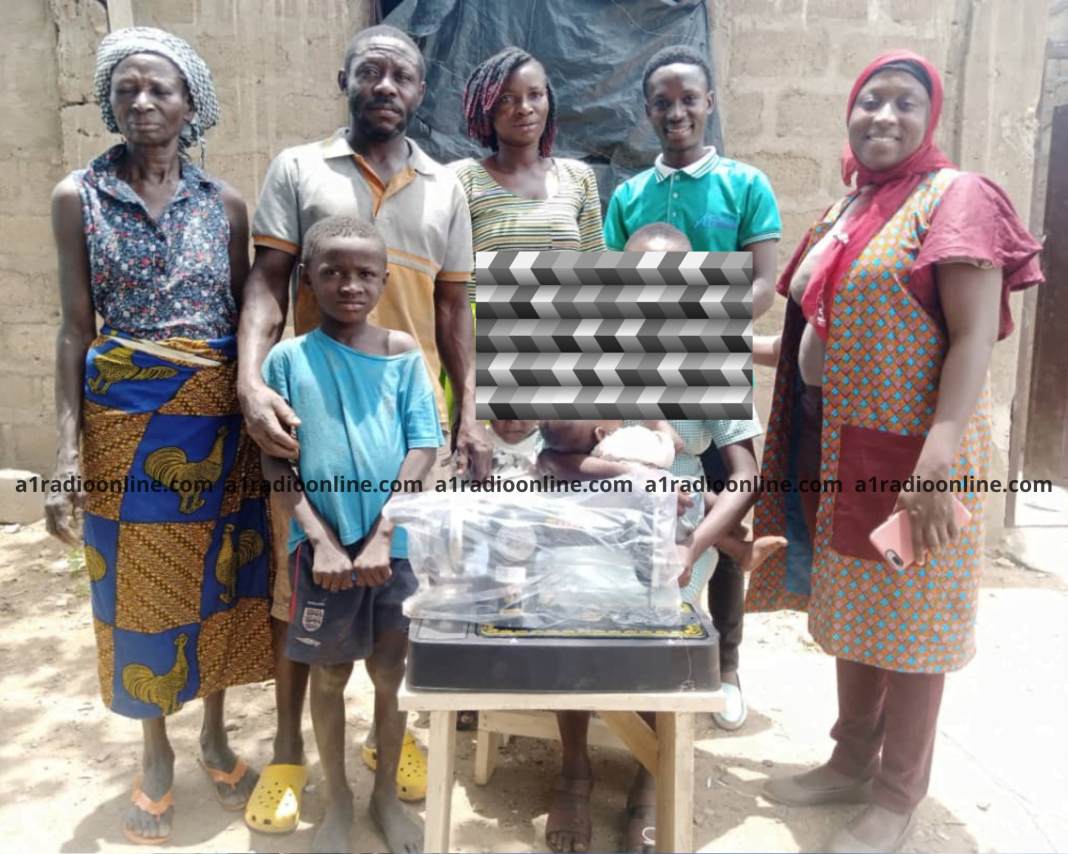 A documentary which aired on A1 Radio, a subsidiary of the Agreed Best Communication Company network a few weeks ago has achieved massive results.

The Youth Harvest Foundation; a non-governmental organization, after listening to the plight of the senior high school lady has presented a brand new sewing machine to 17-year-old mother of two.

A documentary titled “Trapped on the Motherhood Web’; produced by Moses Apiah of A1 Radio aired early this year highlighting the ordeals of the 17-year-old mother of two. Despite the almost insurmountable challenges, still persevered and continued with her education.

A Project Officer at Youth Harvest Foundation, Khadija Hamidu presented the sewing machine to the lady at her residence.

She said as an NGO that is passionate about the safe growth of adolescent girls in the region, upon hearing the story due, decided it was necessary to step in and support her with the showing machine.

“At the end of the story, we wanted to know what support the girl wanted. She asked for a sewing machine because she is offering clothing in the Senior High School and wanted the showing machine to assist in her learning.”

“So we were excited and said why not? If she is able to go through all the challenges and she is still in school, it tells that with the needed support, she will push to the top. So today, we are here to submit the showing machine to the girl and the family.”

The mother of two thanked Youth Harvest Foundation and A1 Radio for taking up her story, and also promised to take her education seriously.

“I am happy that Youth Harvest Foundation has come to support me with this machine. I also thank A1 Radio. I can assure all of them that I will be serious with the school. I want to also say that, as I am in school now and after I complete, I will still need your support.”

On his part, Moses Apiah the Reporter who produced the documentary expressed gratitude to the NGO and promised to keep updating the public about the progress of the young girl.