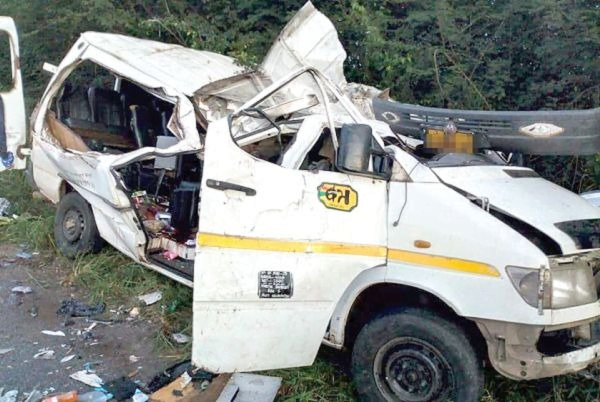 Statistics available to the Roads Safety Authority in the Upper East Region indicates that about 22 people have lost their lives through road crashes between January and July 2022.

Speaking on A1 Radio’s Reporters Visit, the Upper East Regional Assistant Manager of the Ghana Road Safety Authority, Seth Wiredu said out of the 22 fatalities, 20 were males while the two were females; a situation the Authority describes as worrying.

The situation is however better than during the same period last year.

“Road safety as an institution, we are always led by data as you all know. And if I should drive a little bit into the statistics, from the month of January to July, the number of persons killed in road crashes is 22. Out of these 22, the males happen to be 20 in number and females are two.”

Mr. Wiredu however, attributed the continued increasing numbers of road crashes in the region and the country as a whole to human attitude on the roads.

According to Wiredu, checks from the Authority reveal that the majority of road users do not obey road signs and regulations.