My focus isn’t to be MP for Bolga East; it’s to further the Bawumia agenda – Filson Awankua 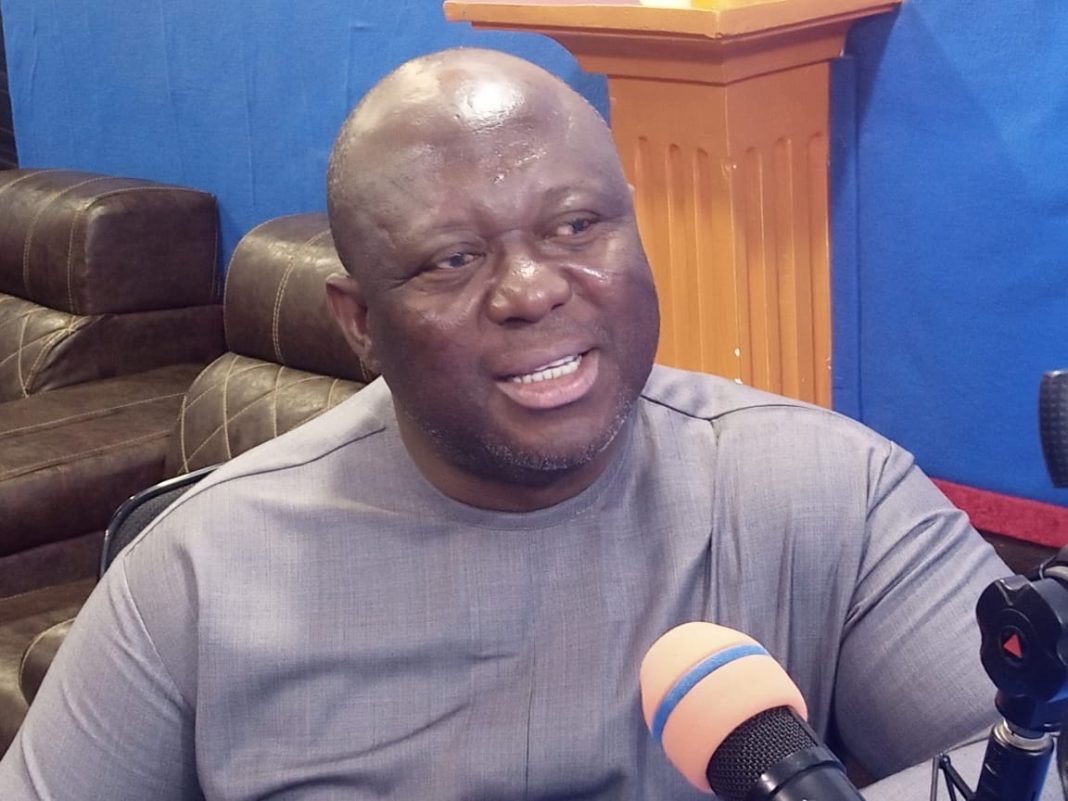 Ing. Filson Awankua, a member of the NPP in the Upper East Region has laid bare his interest to become MP for the Bolgatanga East Constituency.

In a recent Facebook post sighted by this website, Ing. Awankua explained that he does not have his sight set on the MP position but is rather focused on furthering the course of Dr. Mahamudu Bawumia.

To all members of the New Patriotic Party, members of our great Bolga East constituency and the general public.

I wish to state here emphatically that I Filson Awankua, have no immediate or remote plans to become a parliamentary candidate or member of Parliament. In fact those who know me or worked closely with me and are honest will attest to that.

Before the 2020 parliamentary primaries,

> Mr Peter Mac Manu and other national gurus of the party proposed the idea of me contesting but I humbly declined.

> Some constituency executives, electoral area coordinators and polling Station executives, who mounted pressure on me to contest but I did not yield to their call.

These were my reasons

1. I do not have the desire or political plans to be an MP

3. I contesed the 2018 regional elections and lost, therefore, it was unwise and an act of desperation to make that decision.

Even our big brother and MP, Dr. Dominic Ayine approached me in a funeral of my friend’s mother at Naaga in 2019 and asked if it was true I was lasing my boots to unseat him and take out of his job and we all laughed over it. This was the level of rumours which crested FEAR and PANIC at the door steps of our main opponent, the ndc, but it did not amuse me, neither did it bait me to needlessly jump into a contest. In politics do not allow yourself to be carried by people pressure or the wind, form your political career, stand by it and remain focused.

Though The above dynamics have changed, my decision has not altered. I am, therefore, by this write-up pleading with all those who are spreading rumours and peddling falsehood that I will be contesting for the upcoming Parliamentary primaries to put an END to it.

My current focus is His Excellency Dr Mahamudu Bawumia AGENDA and I believe all well meaning patriots will occupy ourselves with that bigger PROJECT, ie to ensure His Excellency Dr Mahamudu Bawumia win massively in the upcoming presidential primaries, convincingly wins 2024 general elections and God willing make history as the 1st Northerner to form government in the ticket of Npp party.

As I stated when I was campaigning during the regional elections, ” if I should lose the election and Dr. Bawumia wins I will be glad”
I said this on both social and traditional media houses with the region.

Now to all the self-styled researchers please, I believe the above reasons will assist you refocus your research methodology.

To all those who have been loyal to me all these years, I do appreciate🙏🏼🙏🏼🙏🏼it.

You have changed “a Loser has no father but a winner has several parents” narrative. Shalom 🙏🏼