Dominic Wunigura, Project officer at the Centre for People’s Empowerment and Rights Initiatives (CPRI) says the Mental Health Regulation, 2019 was silently passed by the Parliament of Ghana.

“I would say silently because parliament was supposed to review it and then finally pass it and then under the law when a drafted legislative instrument is submitted to parliament and it doesn’t undergo any review within two weeks then it says that it has been passed,” he said on A1 Radio’s Day Break Upper East Show.

According to him the drafted Mental Health Legislative Instrument that was sent to Parliament did not undergo any review within two weeks and it was technically passed. 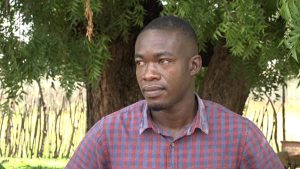 “Subsequently when they [Parliament] had the opportunity to go through the drafted legislative instrument it was realized that there were some bit of technical problems with the L.I which should have been reviewed within the two weeks period that it was presented to parliament. So yes it has been passed technically but this L.I has not been made public because of those technical problems with it. So practically it is not been used at all, three
years down the line, it has not been effective in use,” Mr. Wunigura added.

The Mental Health Regulation, 2019 aimed to create a new system of mental healthcare in Ghana. The Act includes provisions for the creation of a modern, community-based mental health system and for the protection of the rights of persons with mental disorders including a dedicated source of funding for the Mental Health Authority.

Mr. Wunigura says service providers should increase awareness of mental health because so many people are not productive and they are not even aware that they have mental health problems.

“Government need to ensure that in terms of drugs supply to the various facilities is prioritized. One of the key challenges we’re facing at the moment is not being able to match up to service demand at the community level with the resourcing of the unit. And so many are those who are relapsing from time to time and then also we have a situation here where the drugs for mental health are not covered by health insurance.”

Mr. Wunigura mentioned that it is important for mental health drugs to be covered by the National Health Insurance Scheme so that people with mental health conditions at the community level can access them.