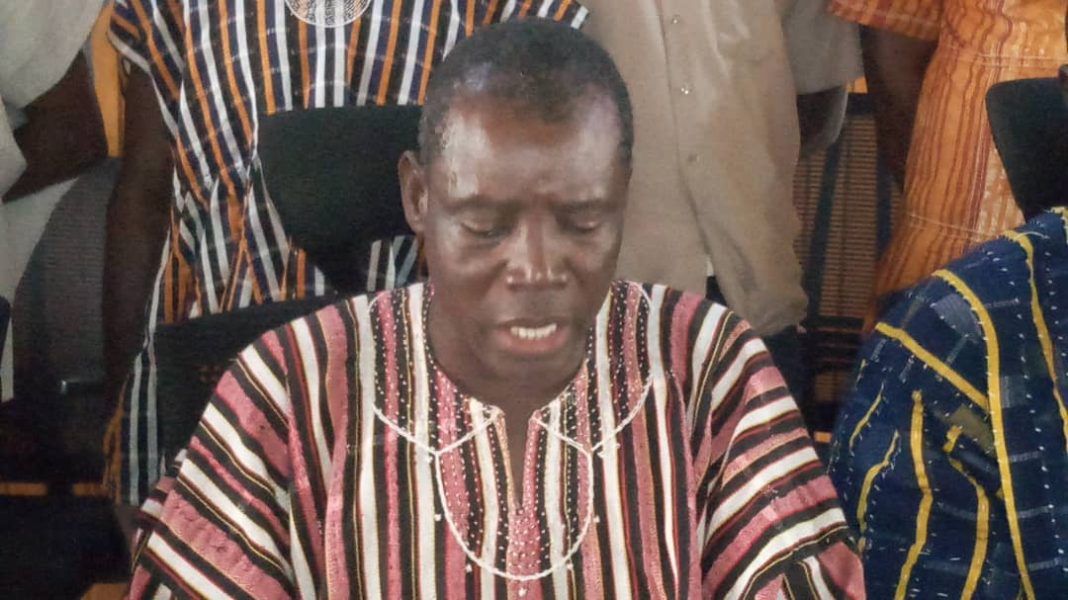 Nearly three years after 16 small-scale miners lost their lives on the mining concession of Shaanxi Mining, now referred to as Earl Internation, the company has failed to compensate the families of the 16 persons who lost their lives.

This came to light at a press conference held in Bolgatanga by the Savanna Research & Advocacy Network (SRAN) and the Foundation for the Transformation of Marginalised Areas. The CSOs explained that Shaanxi Mining now Earl International was fined $40,000 after investigations were conducted by the Inspectorate Division of the Minerals Commission for various infractions that resulted in the accident at its enclave.

The two groups have thus called on the Minerals Commission and government to go to their aid and direct the mining company to follow the Minerals and Mining Law 2006, Regulation 2012 (LI2175).

Good afternoon, Ladies and Gentlemen of the Press. We are grateful to you for being here at this short notice.

Earl International, formerly Shaanxi has successfully secured a large-scale mining licence from the Government of Ghana which upgrades their 0.2km2 concession to 16km2 and has been preparing to expand its operations in the Gbane area.

We understand that the Obusai site and the settlement is one of the areas that is within the concession area Earl International (Shaanxi) has secured mining rights to mine gold and therefore it is within their right to prepare the place to pave way for the expansion of their operations. However, we caution that the company carries out this exercise humanely and with respect to the dignity of the residents who have been eking their living in the area long before Earl International expressed interest to disrupt their peace and livelihoods.
For the purpose of those who do not know about the genesis of Shaanxi in Talensi, we wish to inform you that Shaanxi was originally brought to Ghane to provide mining support for Yenyeya and Pubodtaaba mining companies whose combined 50 acreage constituted a 0.2km2 concession.

They reached an agreement with Yenyeya and Pubodtaaba mining companies and 36 other small-scale concession holders to take over their concessions to go large scale. The health and safety hazards associated with the Shaanxi mining activities which have resulted in the death of many people have been widely reported.

We are bold to state that Earl International’s (Shaanxi) presence in Ghane has had a negative impact on the population and the environment. Earl International (Shaanxi) has been mining for over 10 years with nothing to show with respect to jobs for the youth, infrastructural development, and local enterprise development for the community members. At this point we can say that Shaanxi’s poor health and safety standards have caused the death of many illustrious sons and daughters in Talensi.

According to graphic.com, Shaanxi Mining Company Ghana Limited was fined $40,000 after it was found culpable in a blast that claimed 16 lives in Talensi in 2019. The Minerals Commission however failed to order the company to pay compensation to the victims’ relatives. These and many lives have been lost due to the negligence and unsafe mining practices at Shaanxi.

It must be noted that it is not only ‘galamsey’ that is a danger to human life and the environment. Large-scale mining companies such as Earl International, Cardinal and Cassius could cause far serious devastation to life and the environment if their operations are not monitored and regulated with all the seriousness it requires.

We therefore as environmental justice CSOs demand the following actions:

1. That Earl International (Shaanxi) should not further aggravate the economic plight of the residents by driving them away without compensation. This is because the Minerals & Mining Law 2006, in Regulation 2012 (LI2175) requires mining companies to develop and implement a compensation plan to ameliorate the suffering of community members whose land and other resources will be affected.

2. That, the Talensi Traditional Council, Talensi District Assembly, the Member of Parliament for Talensi, the Minerals Commission and the Regional Minister should as a matter of urgency ensure that there is proper compensation and resettlement for all the communities that will be affected by Earl International’s (Shaanxi) operations. That, with immediate effect, a resettlement/compensation committee be constituted to spearhead negotiations for the right compensation or resettlement to be paid and done to protect life and property and also to make way for the company to work peacefully.

3. That an all-inclusive stakeholder engagement be carried out to educate and condition the minds of community members regarding the operations of Earl International and what they stand to benefit from their operations.

Brief on organizing organizations:
1. The Savanna Research & Advocacy Network (SRAN) is a research and advocacy organization that work in partnership with community-based organizations to build the capacity of mining communities to actively participate in and derive maximum benefit from mining activities on their land through research and advocacy.
Its head office is in Bolgatanga
Contact address:
A. Mr. Yen Nyeya
Chairperson
0200133091
B. Mr. Samuel Sapak
Executive Member
0244457491
C. Mr. Albert Naa
0244538883

2. The Foundation for the Transformation of Marginal Areas, otherwise known as TAMA Foundation is a registered non-profit organization in Ghana. Our approach is to find solutions to spatial inequalities by promoting transformational development in areas otherwise considered economically marginal, remote or prone to chronic poverty. TAMA Foundation draws inspiration from Article 36, Clause 2, Section (d) of the Directive Principles of State Policy of the 1992 Constitution of the Republic of Ghana which specifies that the State shall as a matter of principle undertake “even and balanced development of all regions and every part of each region of Ghana, and, in particular, improving the conditions of life in the rural areas, and generally, redressing any imbalance in development between the rural and urban areas”. The Sustainable Development Goals (SDGs) and their underlying principles of ‘leave no one behind’ and “reaching the furthest first” provide additional motivation for our work. Our emphasis is on transformational change driven by multi-stakeholder efforts. The key focus areas of TAMA Foundation are (1) Natural Resource Governance (2) Peace and Conflict Prevention (3) Disaster Risk Reduction & (4) Inclusive economic growth. The TAMA Foundation Natural Resources Governance programme is supported by Ford Foundation.