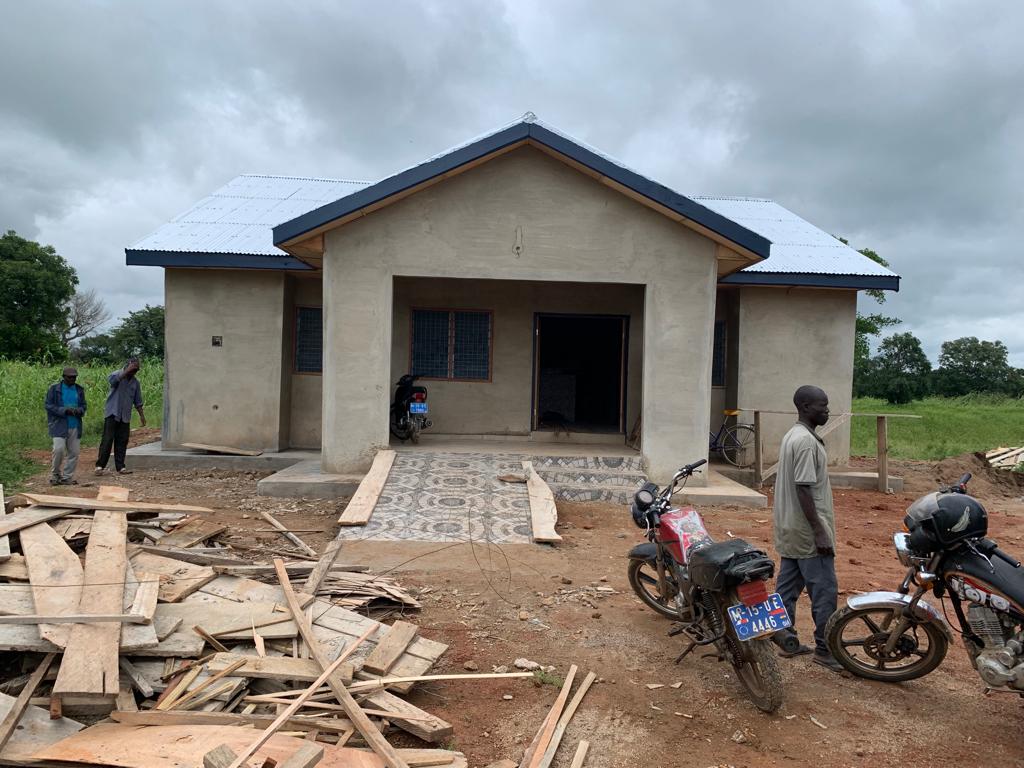 The Member of Parliament for Bolgatanga Central Constituency, Isaac Adongo is constructing a modern police station for the Sherigu community in the Bolgatanga Municipality.

The facility, which is about 85 percent complete, comprises a juvenal cell, a male cell, and a female cell with washrooms attached.

Again, the facility contains 3 offices and washrooms for a station officer, CIDs, and other police officers that will be posted there upon completion. The police station has a front counter that will serve as the first point of contact for public visiting and armouring for storage of ammunition. 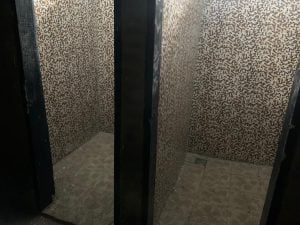 The project which commenced on 30th May this year is expected to be completed in November 2022, a period of 6 months. Mr. Adongo indicated that the police station which cost Ghc357,000 is funded through his share of the District Assemblies Common Fund (DACF) now known as the Constituency Labour Fund.

The MP said the need to construct the police station in the Sherigu community became a matter of concern following the gruesome murder of the tricycle rider in the community in April 2020. 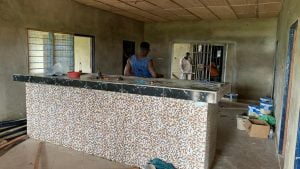 “When we had this murder case on that stretch, that was when I had a series of contacts from the assemblyman and other elderly people from the community that they have been suffering insecurity on that stretch for some time. And so, we needed to do something about it. So, I offered to help by building the police station while the assembly take up the responsibility of providing accommodation for the policemen that will be posted there.”

Mr. Adongo who spoke exclusively to A1 Radio after he inspected the progress of work said his decision to construct the police station for the Sherigu community began in the year 2020. 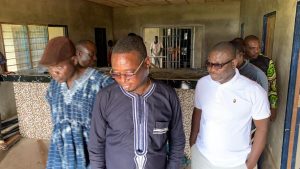 Unfortunately, he said the Bolgatanga Municipality Assembly thwart his plans by failing to act swiftly to grant his request for the release of funds for the construction of the police station until this year.

When it is completed, the MP was optimistic that the police station will “provide some level of police visibility in the community to promote peace and security.”

On his part, the assemblyman for the Kumblingo electoral area, Stephen Akugre said the police station when completed will help reduce the crime rate in the community.

“When you talk of crime rate [in Sherigu], it is so alarming. In the sense that, the number of criminal activities that have been occurring here is so alarming. I am saying this because when you look at this community, it is purely a farming community. But of late, our people cannot go to their farmlands. We can no more rear animals because they [suspected thieves] have stolen all our animals. Even the little farming we are doing, the Fulani herdsmen will make sure that they send their cows to graze on our farms.”

The assembly member thanked Isaac Adongo for listening to the community’s plea for a police station.

Other projects the MP inspected included the construction of maternity blocks for the Kalbeo and Nyorkorkor communities and the provision of a borehole for the Kumbligo electoral area.

The MP as part of the visits donated 100 bags of cement for the completion of a community-led project at the Bolga-Sherigu Community Day Senior High School.